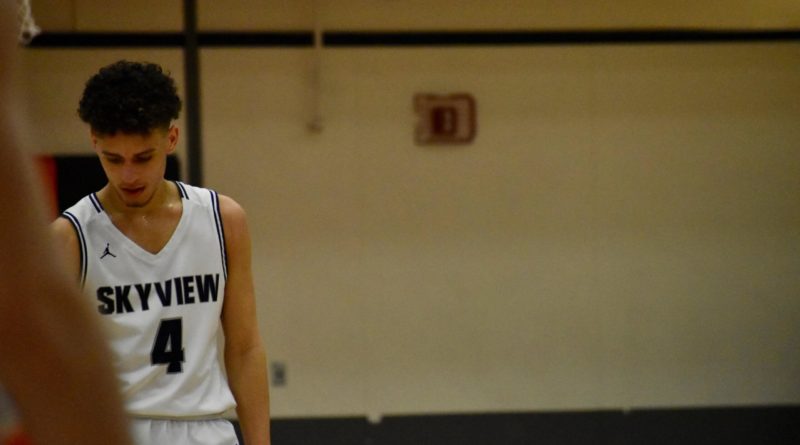 BATTLE GROUND — The end of Squeeky Johnson’s first year in Skyview’s starting lineup was bitter. Despite dynamic point guard Alex Schumacher and the Storm’s best efforts, they lost in a loser-out, entangled in the wrong side of a bi-district loser-out scenario.

A year and a positional shift later, Johnson’s 11-seed Storm are headed back to the Tacoma Dome.

Johnson scored 20 points, and senior forward Kyle Gruhler had a game-high 22 points to beat 14-seed Jackson, 66-56, on Saturday in a 4A regional loser-out game at Battle Ground High School.

The Storm now take on West Valley (Yakima) on Wednesday at 3:45 p.m. in the Tacoma Dome in the first round of the 4A state tournament.

For Johnson, a junior, bringing his own identity, strengths and feel to the point guard position was crucial entering his junior season. Especially replacing a volume scoring point guard in Schumacher. Johnson’s cool hand and efficiency as the team’s floor general has been instrumental in the Storm’s postseason run, which has seen several loser-out games already leading up to Saturday.

Watch him speak about a return trip to the Tacoma Dome, and that transition to point guard: