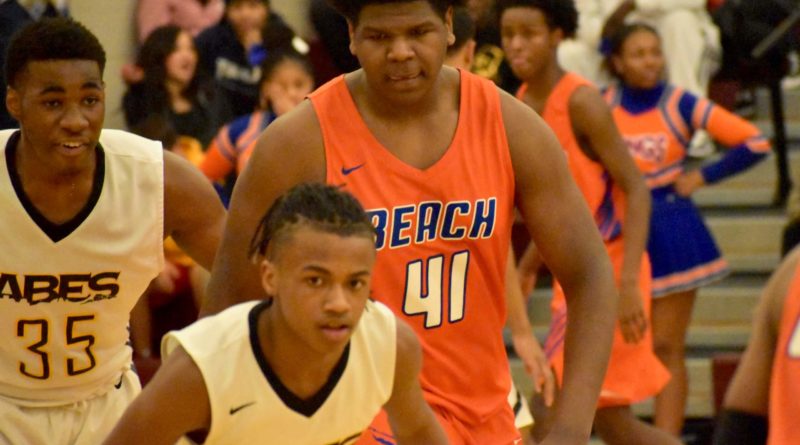 Based on the euphoric screaming coming from the Rainier Beach locker room Saturday night, you’d think the Vikings won another state championship.

Just getting back to the big dance was an uphill climb – and a huge accomplishment.

In a loser-out Class 3A regional-round clash against familiar postseason foe Lincoln of Tacoma, the Vikings survived an overtime thriller, 68-65, at Mouth Tahoma High School.

And they were able to protect a slim 66-65 lead in the closing seconds of overtime when Winston Cole intercepted point guard Parker Androy’s pass near the basket for a turnover with three seconds remaining .

Cole made two free throws, and Reggie Archibald’s game-tying heave right in front of the Lincoln bench went too hard off the glass at the buzzer. He led the Abes with 15 points.

It was the fourth time in the past five seasons that these two teams have met up in the 3A playoffs, including in last year’s regional round – won 75-57 by the Vikings.

WAS THIS ONE OF MIKE BETHEA’S TOUGHEST YEARS AS RAINIER BEACH COACH? YOU BETTER BELIEVE IT (AND IT WAS ALL WORTH IT)

Since 1998, Bethea has won more state titles than any high school boys coach in Washington – eight.

But for a coach who is so used to allowing seasoned talent flourish in his system, this was a completely different experience for him in 2019-20.

“This is my last year’s JV team,” Bethea said. “We don’t have one guy with any state-tournament experience. … As a coach, you are competitive and want to win, but the reality is, these are kids who have never been here.”

It’s been an up-and-down season: The Vikings played Garfield and Eastside Catholic tough in the regular season, but were drilled by O’Dea (88-60).

They came into the Lincoln game on a two-game losing streak. And they trailed in this one by six points on three different occasions in the fourth quarter before rallying.

“It has been, at times, hard,” Bethea said. “But for the most part, it has actually been a learning experience for me, because I am taking a bunch of kids who are inexperienced and trying to get … them to trust in me and the system to get where they want to get to.

“We are here (in the state tourament), and we’re here because we earned the right to be here.”

JOHN HART WAS THE CATALYST, BUT IT WAS WINSTON COLE WHO WAS THE GAME SAVER IN OVERTIME

And that is about the time Hart took his team’s fate into his own hands, put together his own personal 11-0 run in a two-minute span.

Hart attacked the basket a couple of times for easy buckets. But the 3-pointer that gave Rainier Beach the lead – 55-52 – was courageous as he stepped back from the waiting arms of Abes’ standout Julien Simon and drilled it from the top of the arc.

In overtime, the hero was Cole, who made a night out of getting steals and blocks – none bigger than the turnover he forced on the night’s biggest possession.

He read Androy’s aim perfect on the right side of the lane, and smothered the bullet pass for a steal.

“Game ball went to Winston Cole, and that is the second big game he’s saved for us,” Bethea said. “He has been doing it all.”

THESE TWO PERENNIAL CONTENDERS DEALT WITH VERY SIMILAR SITUATIONS THIS SEASON. IT’S TOO BAD THE ABES CAME OUT ON THE SHORT END OF IT

In a show of respect, after all the playoff matchups these two teams have had recently, Bethea said it felt like Lincoln “was part of the Metro League now.”

The Abes certainly could understand a little bit of what Rainier Beach has gone through this season.

Lincoln returned just two players off its state-tournament squad a year ago. And half of the 10 new varsity players were fresh faces to the program.

They finished 16-9, and in second place in the 3A Pierce County League behind Wilson.

“I wouldn’t say it was a tough year – it was a new year,” Lincoln boys coach Ryan Rogers said. “Everyone is so used to us being a powerhouse, but we had a lot of learning to do this year.”