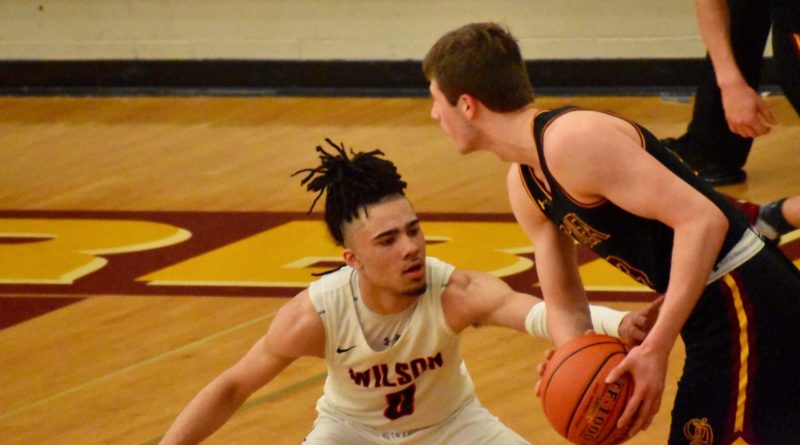 All week, the O’Dea Fighting Irish kept emphasizing the importance of getting out of Class 3A regionals with a win.

And on Friday, the defending state champions did just that.

Junior Paolo Banchero led all scorers with 28 points, and he triggered the key run in the first half as seventh-seeded O’Dea pulled away from No. 2 Wilson, 84-73, in a regional-round showdown at Mount Tahoma High School.

With the victory, O’Dea earned a bye, and won’t play in next week’s state championships until the Thursday quarterfinals in the Tacoma Dome. Last season, the Irish won four consecutive games en route to capturing the 3A crown.

“For us, it was a must-win game,” Banchero said. “We’ve been saying it all week.”

IT WAS A DUNK, THEN A 3-POINTER AND FINALLY A FULLCOURT BULLET BY PAOLO BANCHERO THAT FUELED O’DEA

The Rams did pretty much anything they wanted to early, scoring the game’s first seven points. And Green was unstoppable getting into the paint and converting tough baskets.

But O’Dea kept it close, just waiting to pounce.

And at the 3:45 mark of the second quarter, the Irish wasted no more time.

Not surprisingly, Banchero – arguably the nation’s top class-of-2021 recruit – started it all by driving down the right baseline, and slamming it home to give O’Dea a 29-28 lead.

On the Irish’s next trip, Banchero’s deep step-back 3-pointer extended it to a four-point lead.

And after a Dominique Ellison missed shot on Wilson’s end, Banchero grabbed the rebound and rifled a one-handed pass to Davis at the other end of the court. He easily laid it in to cap the Irish’s 7-0 run.

“We feed off that,” Christofilis said. “That is the great thing about having Paolo Banchero on our team – he brings the energy.”

HERE IS REAL SOLID ADVICE: DON’T IRRITATE BANCHERO, OR HE JUST MIGHT BLAST OFF ON YOU

Even at 6-foot-10, Banchero gets his share of smack-talk in the Metro League.

“Their game plan … is to be physical, do the little things get into my head, which I feel like never works,” Banchero said.

And on his trip south to Tacoma, Banchero was the target of a few feisty exchanges with Wilson’s Malik Howard (who actually had a good game with 13 points while guarding the O’Dea big man).

But after Howard got Banchero off-balance after a stutter-step move, then stepped back and hit a 3-pointer over him midway through the fourth quarter, the Rams’ senior not only began banging his chest in celebration, he loudly let the Irish standout he got the best of him.

“Guys like that, you’ve got to respect them,” Banchero said. “They are confident and not scared.”

Banchero demanded the ball on the other end, found an opening down the right lane past Howard and tomahawked an exclamation-point one-handed jam.

“I had to let (Howard) know, that is as sweet as it got,” Banchero said.

WILSON MIGHT HAVE BEEN THE HIGHER SEED (BY THE RPI), BUT THE RAMS WERE CLEARLY THE UNDERDOGS

Led by Green, Dorsey and ninth grader Cayden McDaniel, the Rams are easily the best 3A team in the South Sound.

And after beating Evergreen of Vancouver in the bi-district title game, you could make a case they are the best 3A squad south of Seattle.

But until the Rams beat an upper-echelon Metro League team, they will just be the best west-side team outside of Seattle.

“They did what they wanted – and we let them do it,” Wilson boys coach Mike Cocke said.

Wilson had good stretches early, particularly with its ball movement, and Green’s aggressive drives into the lane.

But O’Dea did a better job of limiting Green in the second half, and the Rams could not cut into a double-digit deficit.

The Rams will play Marysville Getchell in the opening round of the 3A tournament Wednesday.

“The good thing, it’s not the end of the season,” Cocke said. “We’re a better team than that (loss to O’Dea). They took us out of things we like to do.”