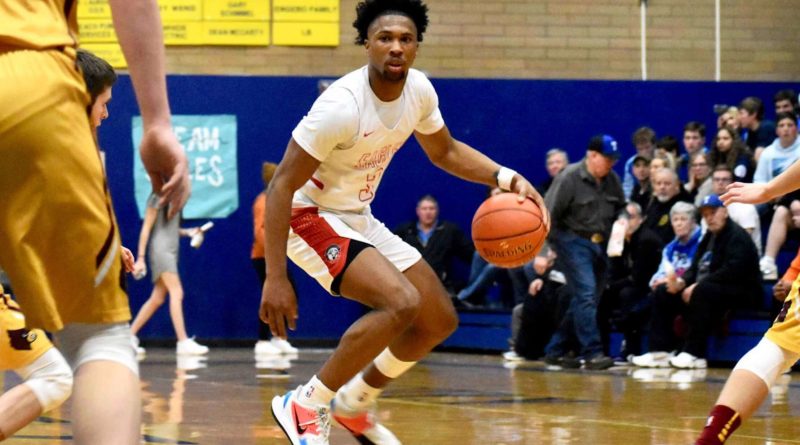 With the 2020 WIAA boys basketball playoffs underway, we’re taking a look at the Top 11 ball-handlers in the state, regardless of classification.

“Quick on quick” is the best way to describe Agosto. A bit undersized, but with his speed, handle and creativity he might be the best guard in the always tough Seattle Metro.

Left-handed, shifty, creative and plays with extreme confidence is the best way to describe Tru Allen. He can get into the lane and create at ease to score, but he also balances setting guys up well.

Aggressive yet under control is a good way to describe Bell’s game. He’s a tough competitor that doesn’t back down from any challenge. Bell hadn’t played football since middle school but his natural instincts and athleticism helped him become a two-way starter this past fall.

Perhaps the top point guard in 1A, a classification loaded with good point guards, DeBruhl is a complete player without any glaring weaknesses. Among his strengths, ball skills rank high. “The dude is a high-level ball handler, a true point, sees the floor really well,” Seattle Academy coach Shaun Burl said. The junior holds a Seattle U offer to show for it.

A big guard in Chad Herron’s program. He has a green light to shoot it and attack to score, but he controls the game with the pace he plays at and his court vision. (Read more about DeWitt)

Hickman is looking to help Eastside Catholic knock off defending 3A state champs O’Dea in the 2020 Hardwood Classic. Hickman can get into the lane at ease. He’s got a nice floater game and his jumpshot continues to improve. Known as a leader who will do anything to win by inspiring and motivating his teammates. He gets the most out of everyone around him.

Floor leader and always under control. Lackey teamed with fellow guard Tanner Toolson to form one of the best shooting and playmaking backcourts in the state for coach Blake Conley. Lackey tore his ACL in late January, ending his high school career.

Maulana has great size and speed for a lead guard. These attributes combined with a solid handle and an attack mentality make him a tough cover. If his jumpshot continues to improve he has a chance to be a dynamic player.

Some call him a point guard, some call him a wing but the thing about Mullins is he can flat out play. He helped Mount Si make a tremendous run in the state tournament a season ago and should be primed to do the same in 2020. Mullins committed to Saint Mary’s College in the fall.

A three-year starter for Coach Mike Laws, Simmons has been the catalyst to Central Valley’s terrific season. Simmons is a great defender who can speed the opponent up as well as control the pace offensively. Not necessarily a great shooter but has worked hard to add it to his arsenal on the offensive end.

Sze is tough, smart and competitive. He does a really nice job of getting his teammates open looks. The former Roosevelt all-Metro League selection is a college-level point guard, but missed nearly his entire senior season after he was ruled ineligible in the wake of his transfer, despite several ongoing appeals.