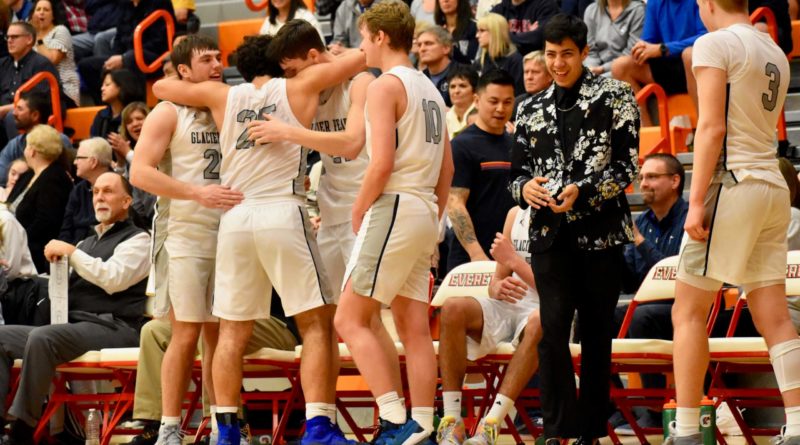 EVERETT — There were no high-flying dunks, barrage of 3s, or individual scoring blitzes on Friday night.

But the Glacier Peak boys controlled just about every part of the Wes-King district title game with its defense in a 50-29 win over Inglemoor at Everett Community College.

If it hadn’t before, the win, which pushes the Grizzlies to a program-best 23-0 entering the regional round of the 4A state tournament, cements Glacier Peak’s placement in the state tournament as the No. 2 team in the WIAA’s RPI rankings.

Senior guard Brayden Corwin, a three-year starter, was the only player in double-figures scoring with 11 points for the balanced Grizzlies. Ask the Grizzlies, balance on the offensive end is a staple of its program.

Inglemoor (17-9), which was held to a season-low in total points, also secured one of four berths out of the Wes-King district tournament. The Vikings, No. 17 in the RPI (used to seed the state tournament), are projected to play in a loser-out in next week’s regional round.

The WIAA plans to announce brackets for regionals and state across all classifications on Sunday.