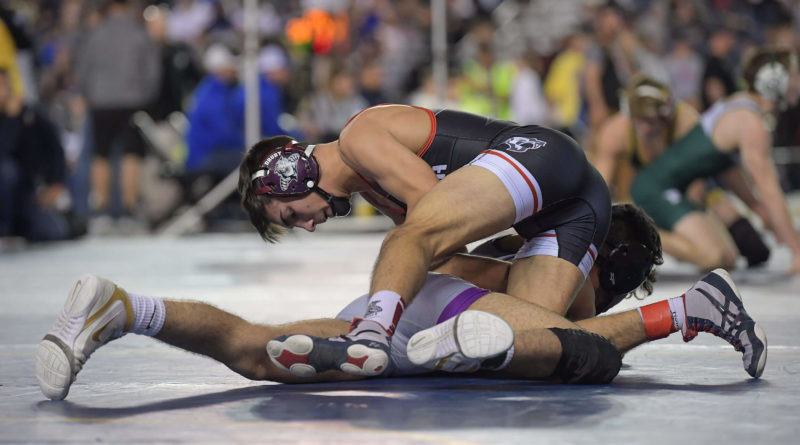 The wrestling program is still elite.

And the boys basketball team is coming.

“I have a lot of friends who are basketball players, and they talk trash,” Drury said. “They are like, ‘Man, we are better than you.’ It is pretty crazy. … The whole school is getting it together.”

But right now, it is the Wildcats who are putting together another great weekend at Mat Classic, the state wrestling championships in the Tacoma Dome.

Led by Drury (132 pounds) and fellow two-time state champion Kyler Romero (138), Toppenish has a tournament-best 10 wrestlers in the Class 2A semifinals.

“Our guys … go in every day with a purpose to get better,” said Drury, who registered two first-day pins in a grand total of 2:34.

One returning 2A champion went down on the first day. White River’s Nate Belcourt was pinned in the second round by Pullman’s Gabriel Smith in 3:45 in the 126 quarterfinals.

Defending state champion Mount Spokane has four in the semifinals, and leads with 63 points. Wesco champion Edmonds-Woodway (55) has five in the final four.

The girls race is wide open – with North Kitsap, Othello and White River each with three wrestlers in the state semifinals.