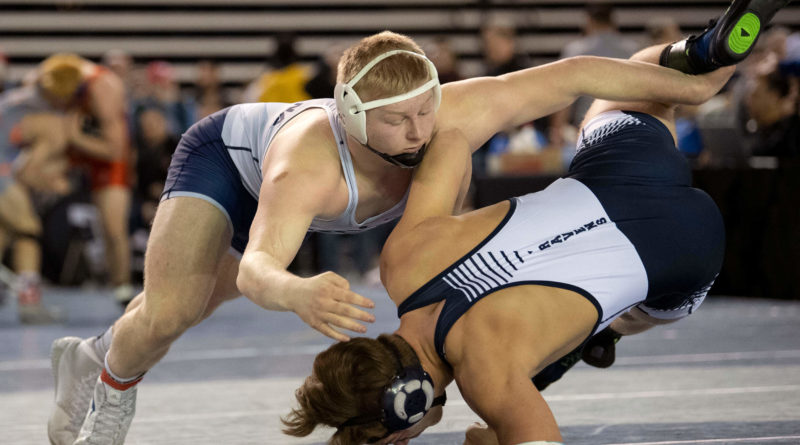 But defending it would be even sweeter.

“The second one feels even greater than the first one,” Stover said, “because you can back it up.”

Sunnyside (66 points) has six semifinalists as well. So does Tahoma (60 points), which saw two-time defending state champion Yusief Lillie (120) make quick work of both of his opponents, including a fall in 1 minute, 28 seconds over Sunnyside’s Francisco Magallan in the quarterfinals.

In the 1A ranks, Granger also has six wrestlers in the final four, including returning state champions Abel Nava Jr. (126) and Gage Cook (220).

The Spartans have 74 points, just ahead of Zillah (72.5) and Connell (66). Both of those Eastern Washington teams have four semifinalists.

There was a first-day upset at 1A. Colville’s Rueben Seeman was taken down in the 132 quarterfinals by Sultan’s Aidan Fleming, 11-8.

Three-time defending ‘B’ champion Tonasket is in full control of bringing home a fourth consecutive title. The Tigers have a whopping 10 combatants in the state semifinals, including two-time returning state champion Colin Silverthorn at 138.