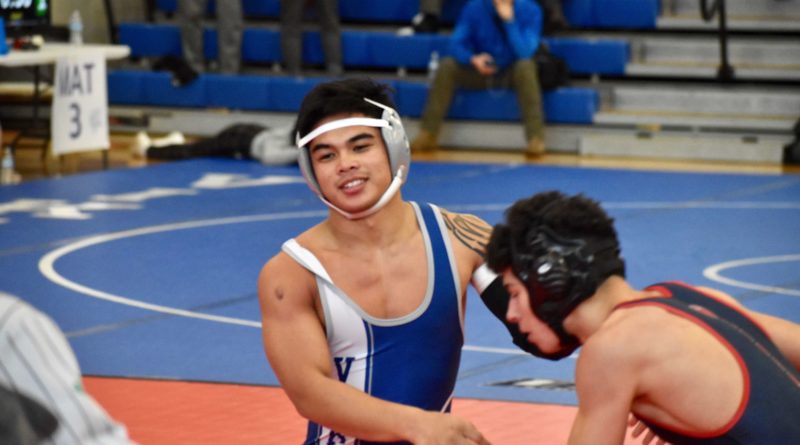 The 2020 Mat Classic starts Friday morning at the Tacoma Dome and continues until Saturday night. Here’s everything you need to know about the Washington state wrestling championships.

1. WHAT, NO FOUR-TIMER HOPEFULS THIS YEAR?

Since the state went to five separate classification, and added girls wrestling as a sanctioned sport – it started a boom in four-time state champions.

But when Black Hills’ Jimmy Belleville became a four-time state champion in 2009, it triggered an 11-year run of at least one wrestler, boy or girl, winning four titles in a row.

That streak ends this weekend, however.

2. SO WHO THEN IS THE BEST WRESTLER IN THE DOME?

There are a handful on a short list of candidates, but Scorebook Live will go with the combatant selected as part of its top 14 wrestlers to watch entering the postseason package – Toppenish’s Haiden Drury (2A) at 132 pounds.

Known for his insanely relentless work rate on the mat, Drury has signed to wrestle at Fresno State University.

3. CAN ANYONE STOP EASTERN WASHINGTON POWERHOUSES CHIAWANA (4A), MOUNT SPOKANE (3A) AND TOPPENISH (2A) FROM REPEATING?

Unlikely, but not impossible.

Chiawana stormed the 4A field last year, scoring a tournament-record 227 points in walloping second-place Curtis (152) by 75 points – the largest margin of victory since 2000 when Moses Lake (159.5) lapped Capital by 94.5 points.

If there is a team that can chase them down, it is Tahoma with its 10 participants, including four regional champions in Yusief Lillie (120), Steele Starren (145), Michael Gasper (195) and Levi Kovacs (220).

Mount Spokane obliterated the 3A competition with 235.5 points, and brings back 11 wrestlers to defend that crown this weekend – but no returning state champions. Ky Haney is the team’s top wrestler at 145.

The Wildcats have star power in Drury, Horacio Godinez (113) and Kyler Romero (138) – and depth with 14 wrestlers in the Mat Classic field this weekend. SPSL 2A rivals Orting and White River have the bench chance of making a move to the top.

4. WHY ISN’T GRANGER GETTING ANY LOVE?

The Spartans should be, and are in great position to nab their first Class 1A crown since 2017.

Gage Cook, a returning state champion at 220, won a national title over the summer. And Abel Nava Jr. (126). also a 2019 state champion, is the best lower-weight wrestler you’ve never heard of.

Granger has not only been the top-ranked program in 1A all season, the well-versed Washington Wrestling Report has had the Spartans inside the top five, regardless of classification. They bring 12 wrestlers to Mat Classic this weekend, including five regional winners.

5. HOW QUICKLY HAS GIRLS WRESTLING EVOLVED?

When Jason Jackson started with the White River girls nearly a decade ago, the sanctioned all-classification state tournament was just getting its sea legs.

Back then, 67 schools scored at least one point in the state tournament (granted, it was in 12 weight classes).

To show how quickly the popularity of the sport has spread among girls, and how rapidly the quality has improved as well, 143 schools scored at least one point point at Mat Classic last season (in 14 weight classes).

“The growth is tremendous,” Jackson said. “Ten years ago, I’d give it a C-grade. Now, they are as technical as the boys. The moves they do are just like the boys.”

Jackson’s group in Buckley are the favorites this week to win their first Mat Classic girls team title.

Here was Scorebook Live’s top 10 girl wrestlers to follow in this postseason, including in the Tacoma Dome.

THREE BOYS TO WATCH IN EACH WEIGHT CLASS (in order of classification, then alphabetical order)

TWO GIRLS TO WATCH IN EACH WEIGHT CLASS (alphabetical order)

Session III (semifinal, consolation and non-championship state-placing matches for all classifications in the Tacoma Dome) is from 9:45 a.m-2:45 p.m. Session IV (all championship finals) is from 5 p.m.-9 p.m.