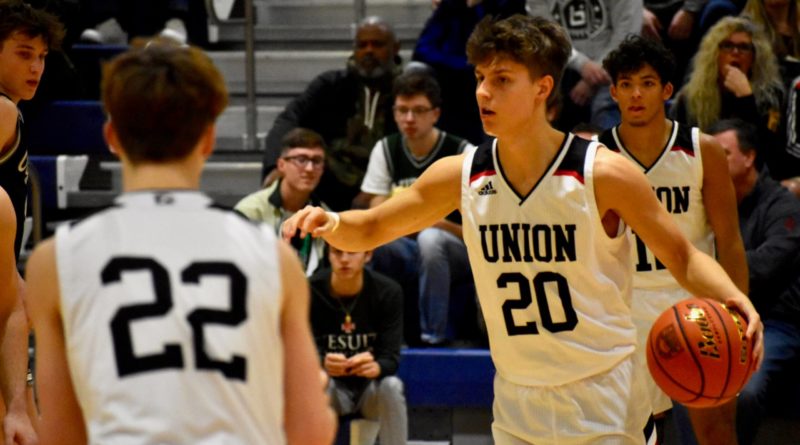 How much separation exists between the top three Metro opponents? The Crusaders picked up a resounding win over No. 2 O’Dea in the Metro Tournament semifinals, 85-62, then lost in the finals to No. 4 Garfield at the buzzer, 65-64, ahead of the 3A SeaKing District tournament.

Beat West Seattle, lost to No. 1 Eastside Catholic, 85-62, then defeated Ingraham to set up a SeaKing tournament entry as a 4-seed.

The undefeated Titans keep on rolling. They beat Kentlake and No. 14 Olympia comfortably to enter the 4A district 4 semifinals against Sumner Wednesday.

Is Garfield playing its best basketball of the season? After beating Ingraham, the Bulldogs took down No. 1 Eastside Catholic at the buzzer, 65-64, to win the Metro League tournament.

One of two undefeated teams remaining, the Grizzlies beat Redmond, 63-57, to set up a 4A Wes-King district tournament semifinal matchup on Tuesday.

Defeated Hanford handily, 76-42, and Walla Walla, 84-77, to advance to the 4A District 8 tournament finals against Gonzaga Prep on Friday.

Defeated Kennewick, 80-54, on Friday to book a 3A District 8 tournament final matchup against No. 16 Kamiakin.

Lost to Woodinville, 64-61, to set up a loser-out game against Mariner on Tuesday in the 4A Wes-King tournament.

Beat Ferris, 67-64, to kick off the 4A District 4 tournament then lost to Gonzaga Prep, 68-56, to enter a loser-out, winner-to-regionals with the loser of the district title game on Saturday.

Beat Capital to advance to a 3A District 3 tournament semifinal matchup against Lincoln on Thursday to clinch a regional berth.

Defeated Steilacoom on Friday, 78-61, to set up a 2A West Central District tournament semifinal matchup with White River on Thursday.

Beat Lakeside and Bishop Blanchet, lost by one to Nathan Hale, then defeated Ingraham in a loser-out in the 3A SeaKing tournament.

Defeated Rogers (Puyallup), 55-48, then lost to Kentwood, 65-63, to book a loser-out matchup with Kennedy Catholic Monday.

Beat Peninsula at home on Friday to clinch a regional berth and set up a district semifinal game against Mt. Tahoma Thursday.

Beat Southridge on Friday, 73-39, to set up a 3A District 8 tournament final matchup against No. 7 Mt. Spokane.

Defeated Blaine on Friday, 81-51, to set up a 2A District 1/2 semifinal game against Lakewood on Tuesday.

Beat Prosser 83-79 to clinch a berth to regionals and set up a 2A CWAC district tournament final against Selah on Saturday.

Defeated Cedarcrest, 71-54, to set up a 2A District 1/2 semifinal matchup against Mountlake Terrace on Tuesday.

Defeated Kennedy Catholic, 63-48, then lost to Sumner, 61-57, on Friday night to set up a loser-out matchup with South Kitsap.

Beat Wenatchee, 45-39, then Davis, 75-60, to close out Big 9 League play undefeated and regular season champs ahead of a district matchup with Eastmont for a regional berth.

Beat Interlake in the 3A KingCo tournament championship ahead of a Tuesday matchup with Rainier Beach in the 3A SeaKing District tournament.

Defeated Squalicum on Saturday, 63-46, to advance to the 3A District 1 tournament finals.

What a week for the Bullpups, who throttled Richland, then hit the road and beat No. 10 Chiawana, 68-56, to advance to the 4A District 8 tournament finals on Friday against No. 6 Central Valley.

Beat Auburn Riverside, 55-47, then beat No. 20 Auburn, 61-57, to set up a 4A West Central / Southwest District tournament semifinal matchup against No. 3 Union on Wednesday.