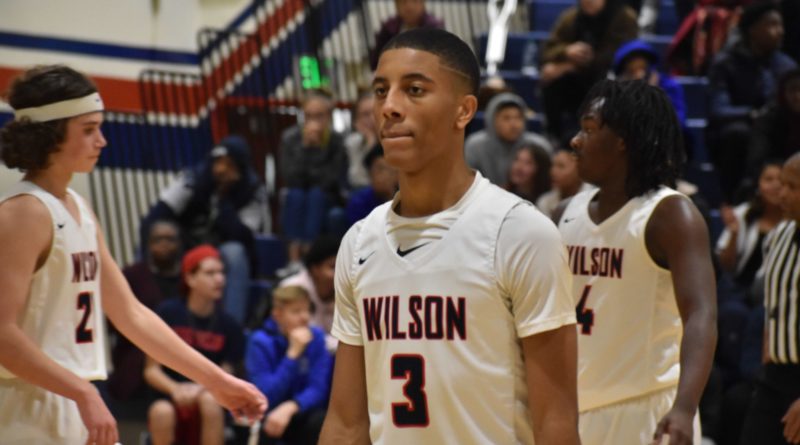 Shots are falling from all over the court in high school district basketball tournaments around Washington.

The longest one came Saturday night as the fourth-ranked Wilson boys hosted Capital in a Class 3A West Central/Southwest bi-district quarterfinal in Tacoma.

With 0.5 seconds remaining in the first half, Wilson guard Cayden McDaniel collected an inbound pass, took one step toward the near free-throw line and let it fly through the air.

The 70-foot shot banked off the glass and went through the basket for a 3-pointer that the officiating crew immediately signaled as legal.

McDaniel, one of the better ninth grade prospects in the state, ran excitedly to the other end of the court before the team retreated to its locker room.

He said he practices that type of near-fullcourt shot at practice, and has made it “two or three times” this season.

The real highlight was that the Rams are headed back to the regional playoffs after their 59-41 victory over the Cougars. They will play 3A PCL rival Lincoln in the bi-district semifinals.

But the show-stealing moment belonged to McDaniel.