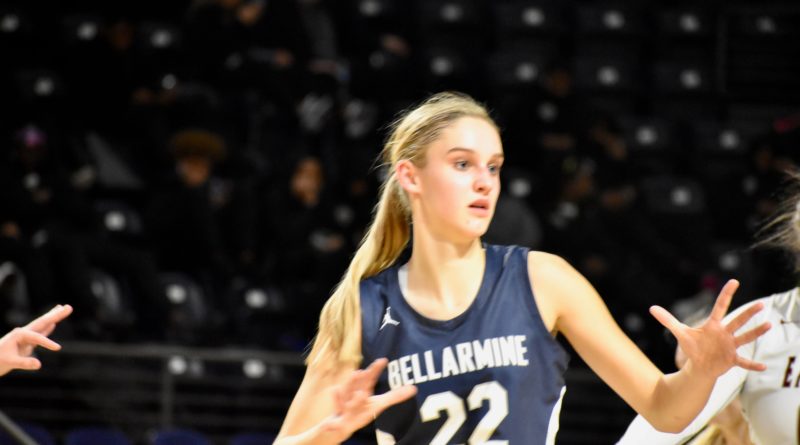 The Bellarmine Prep Lions started their quest for a Class 4A West Central/Southwest District girls basketball title with an opening-round 50-40 victory over Auburn on Thursday night in Tacoma.

Julia Bordeuax led the Lions with 16 points, all in the first three quarters. Callie Stevens added 13 points, and the 4A SPSL runners-up led by as many as 23 points before the Trojans cut it down in the fourth quarter.

Jacklynn Smith led Auburn with 12 points, including a pair of 3-pointers.