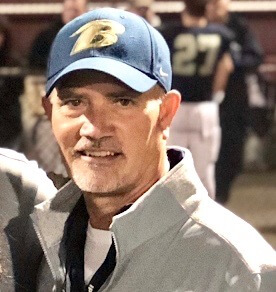 There are only two high school football coaching jobs Darren McKay would take at the drop of a hat.

One of them came open this winter.

And on Wednesday, McKay, 56, became the man hired to lead the Curtis High School program, replacing Chris Paulson, who resigned in November after five seasons.

Leaving Beamer was a difficult decision for McKay. But he now only has to drive five minutes to his new school.

“I live in that community – and have for 22 years.” McKay said. “My son, Carter, who is on my (coaching) staff, was a 2014 Curtis graduate – and a team captain there. And my wife graduated from there.”

McKay has his work cut out for him with the Vikings, who finished 1-9 last season in the 4A SPSL.

But the Tacoma native, and Wilson High School graduate (the other job he covets) is widely known as a coach who quickly gets hard-luck programs back into shape.

It has worked – over his past 21 seasons, McKay’s teams have reached the postseason 17 times. He led Beamer to its first postseason appearance ever, and the 4A NPSL title twice – in 2016 and 2018.

“We know there are a few programs in the SPSL that are physical – Sumner, Graham-Kapowsin and Puyallup, and I am sure we will end up that way as well,” McKay said.

McKay had one big proponent in his corner for the job – former Curtis coach Bob Lucey, who won four Class 4A state championships with the Vikings, and for whom the field was just renamed in October.

McKay worked at some of Lucey’s youth-footbal camps back in the 1990s. And when he coached at Gig Harbor, the two of them started the “Bridge Camp” a week-long football showcase.

They also serve on the National Football Foundation Tacoma/Pierce County Chapter board together.

McKay met with his Beamer players Wednesday afternoon – and is scheduled to meet with his new team Thursday.

By the end of February, he will oversee evening workouts. In March, he will also coach football at Curtis Junior High School.