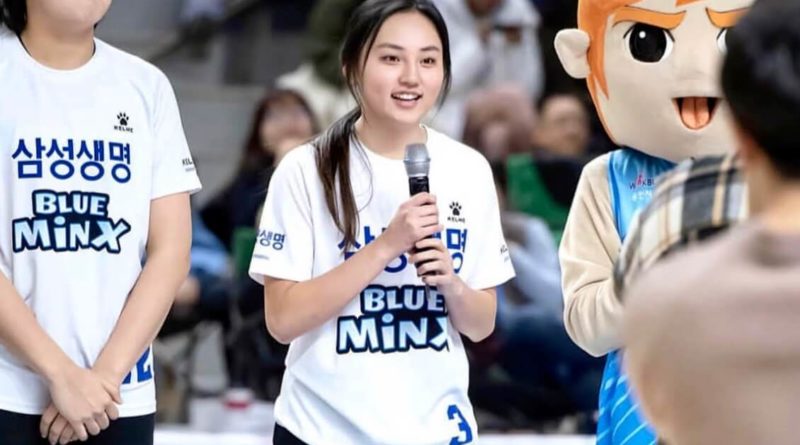 It happened in a season in which the returning two-time league player of the year was a senior.

But Bellevue High School’s 5-foot-7 point guard Kara Choi wasn’t on the ballot, primarily because she played in just a handful of games.

And it wasn’t an injury that cut her season short. It was a life-changing choice.

Choi left Bellevue’s program so she could pursue a professional basketball career in South Korea.

“She is officially,” Wolverines coach Nick Crossan said, “a grown-up.”

Crossan said he learned of the idea in the months after last season – his first as the Bellevue coach.

He had a sitdown lunch with Choi’s parents when they notified him that the teenager was likely going to go that route.

“Not many people can leave high school and go to professional basketball,” Crossan said. “I completely supported it.”

Choi still came out for the team in November, and played in seven games – with her final appearance Dec. 21 at home against Lynden.

“My teammates were sad that I was leaving, but very supportive and happy for me,” Choi said via email from South Korea.

The next day – all graduated – Choi and her family boarded a flight to Seoul, South Korea to begin the next chapter.

First noticed through her YouTube workout videos by Korean basketball scouts, Choi was invited to work out for coaches in the Women’s Korean Basketball League the day of the annual draft – Jan. 9.

Choi apparently impressed them, because at 17, she became the youngest person ever selected in the WKBL draft by going to the Yongin Samsung Blueminx in the first round.

“I was very shocked and overwhelmed with emotion – I wasn’t expecting to be (in the) first round,” Choi said. “They could see potential in me, and I’m thankful that they could give me the opportunity to play at the pro level.”

The WKBL is the top pro league in South Korea, made up of six franchises. The Blueminx, which drafted Choi, was part of the league’s inaugural season in 1998, and has won five WKBL championships. Headquarters is located in Yongin, a city in the Seoul Capital Area.

Because Choi doesn’t turn 18 until June, by FIBA rules, she is still considered a minor, and cannot play in any games yet (or even step on the court during games). All she can do practice and scrimmage with teammates.

“I’m perfectly fine with just practicing and watching them play, because … I knew I wasn’t physically ready, and I needed to build my body before jumping onto the court,” Choi said. “It’s also a different style of play than what I’m used to, so I need to learn the offense and become comfortable with it.”

Choi lives in the Samsung athletes’ dormitory during the week, but comes homes to visit her parents on weekends.

“The language barrier, and the completely different lifestyles have been very hard for me,” Choi said. “I’m starting to adjust more to it and learning a little bit more Korean, but I know it will take some time before I get very comfortable.”

Choi’s ultimate goal is to play for the South Korea national team, which did not qualify for the Summer Olympics in 2012 and 2016, but has made the field for 2020 in Tokyo.

“I also would love to make a name for myself and … one day become a trainer to bring some of the American style into Korean basketball,” Choi said.