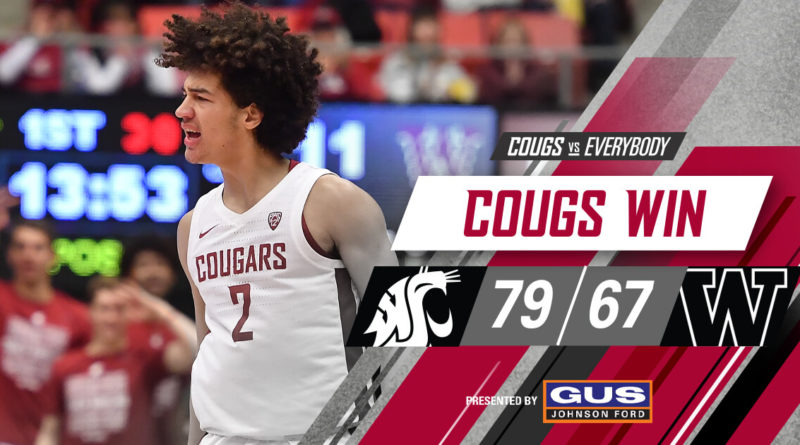 Former Federal Way standout and all-state selection Jaden McDaniels scored 16 points off the bench for the Huskies (12-12, 2-9 Pac-12) and former Marysville-Pilchuck guard RaeQuan Battle logged one minute off the bench. Both are true freshmen.

The loss marked a six-game skid by the Huskies, during which McDaniels’ output has been up-and-down. The former consensus five-star and project lottery pick in the upcoming NBA Draft is averaging 12.4 points, 5.9 boards and 2.1 assists per game on 39.6 percent shooting.

Elleby also logged 10 boards and three blocks. His play has been a bright spot in a promising Cougars season under first-year coach Kyle Smith. The 6-foot-6 sophomore is averaging 19 points and 7.3 boards per game.

The teams play again in at Alaska Airlines Arena in Seattle on Feb. 28.

Here are the full game highlights: