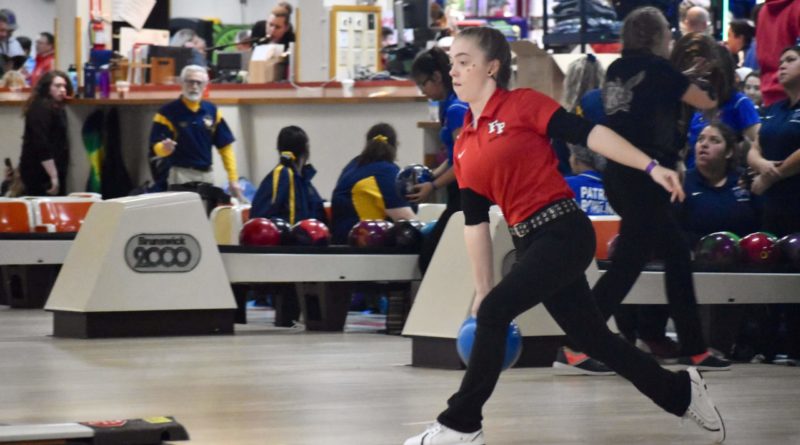 Ken Richardson never knew he had it so easy.

“That team that won the third title, it was our most dominant team,” Richardson said. “We averaged 850 pins per game, and won state by (158) pins.”

Since then, Wilson has come close again to adding to its state championship haul, but not won another one.

And Richardson knows why.

“Right now, there are three or four teams in this tournament that average 850 pins or better,” Richardson said. “The bowling has gotten a lot better.”

Girls bowling is one of the fastest-rising sports among girls, not only across the country – but especially in Washington.

Over the past decade, girls bowling has seen a 17 percent increase nationally in participation, according to annual surveys conducted by the National Federation of State High School Associations.

In Washington, that growth has nearly doubled the increase nationally – 32 percent.

“When you look at the numbers and see that we’ve gone from two (state) tournaments to three tournaments, and that more and more schools and kids are getting exposed to a state tournament … format, it builds more enthusiasm,” said BJ Kuntz, a WIAA assistant executive director who is the girls bowling tournament director.

“It is gaining some respect in the school community as well. … Schools are starting to think, ‘(Bowling) is great for our kids.’ It is sticking in the culture. They see the value of girls participating in it.”

Of course, like in other sports, certain pockets of the state have built girls bowling dynasties – especially in Southwest Washington. Battle Ground won four 4A titles in a row (2012-15). And on Saturday, Evergreen of Vancouver held off Wilson to capture its fourth consecutive 3A championship at Narrows Plaza Bowl in University Place.

But new programs are emerging quickly, even at the state level.

Take W.F. West High School, which won the Class 2A crown Friday in just its third season of existence.

Bearcats athletic director Jeff Johnson remembers back in the fall of 2017 wanting to add another girls sport. He held a meeting, and handed out a survey for sanctioned girls bowling.

Johnson estimated 20-25 girls attended that first meeting, including Ellie Bunker and Ashely Warner, who ended up being the team’s top bowlers.

“That was sort of the ball-is-in-your-court sign,” Johnson said.

The Bearcats hired a great coaching duo in Don and Rich Bunker (a hall of fame in Lewis County), and immediately began building something special at Fairway Lanes.

“A lot of the girls are multi-sport athletes – track girls, soccer girls and fastpitch girls,” Johnson said. “That exposure to other sports has helped build this program.”

There had been a push for the sports around West Seattle for a couple years, spearheaded by senior Evan Smith, who ended up being the league’s top bowler in 2019-20.

“She had been fighting for it, even starting a bowling club,” West Seattle coach Jeremy Marzofka said.

Finally, when the Metro League athletic directors approved the sport last summer, Smith went immediately to work for her school. She got Storm Bowling to donate uniforms. And she came up with weekly practice designs.

Between coach and top bowler, the two of them recruited 20 girls to come out for the West Seattle team. A couple of them had been bowlers. A few of them played other sports. Most of them were newcomers to any extra-curricular activity.

It worked out – the Wildcats posted an undefeated league season, and were the only Metro school to advance to the eight-team state championships at Narrows Plaza Bowl.

“There is a lot of emotion with this,” said Smith, who placed 12th in the individual competition. “This is like my baby, and I worked hard to get it going. So this kind of payoff is a really big deal.

“We are top eight. This sets the bar for West Seattle teams to come.”