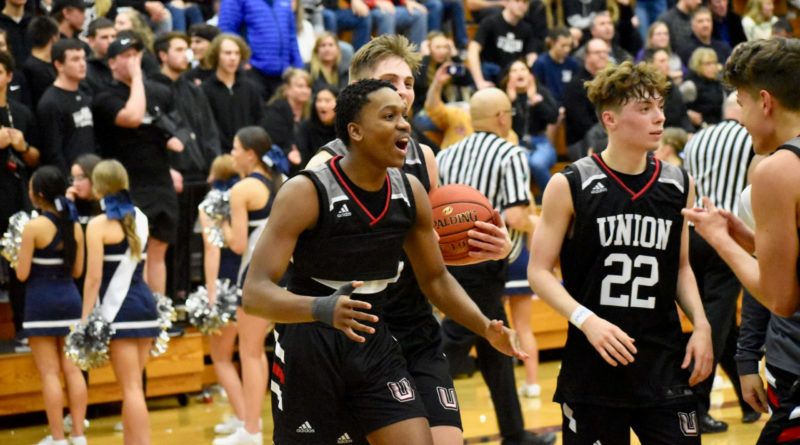 VANCOUVER — Tanner Toolson took a handoff from Mason Hill, rose, and hit a double-pump 3-pointer as the regulation buzzer sounded to force overtime in Union’s 89-80 win at Skyview.

“Once it left my hands I was like, ‘oh no, we’re going to overtime,’ ‘ Toolson said.

There were seven lead changes in the fourth quarter and overtime. Titans lead most of the first half, but Kyle Gruhler’s 35 points and eight rebounds put Skyview (14-6, 4-4 4A Greater St. Helens League) ahead for much of the second half.