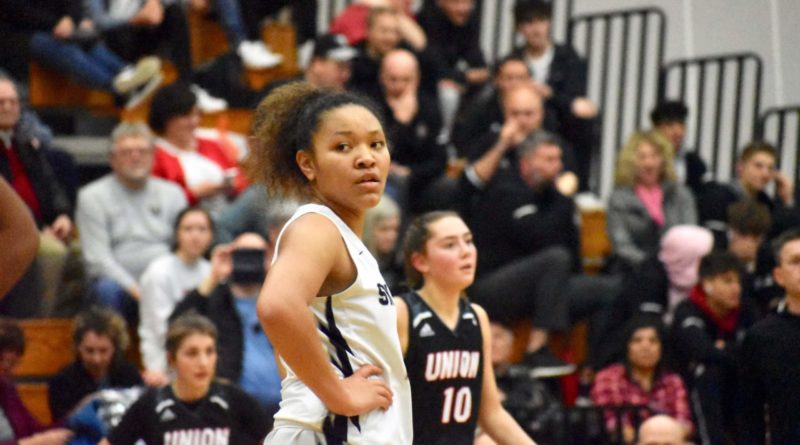 VANCOUVER — A year ago, most of the Skyview girls basketball team’s woes that led to falling short of the Tacoma Dome were due to injuries.

“It makes me want to get on the girls,” point guard Kazz Parks said.

“I want to get to the dome”

Last year, it was a different story. Parks was banged up. As was then-senior and leader Remington Riley. The Storm played at less than 100 percent for much of league play.

Now, a healthy Skyview has wrapped up the 4A GSHL title, the top seed going into district playoffs and it got there, coach Brett Johnson says, by improving on what they could control last season.

They had to clear mental hurdles of being “perfect.” After an 11-0 start, the Storm finished the season 4-5 and didn’t make it out of districts. This time around, the preseason, Johnson reminded them, was just a tune-up.

“I told them,” Johnson said, “when you look at it, you‘ve got to stop worrying about the preseason and get ready for the regular season. Just a matter of trying to find the right combination at the right time.”

The Storm’s success is predicated on a disruptive defense, which for much of the season, it has effectively deployed in the form of full court traps, bolstered by Parks, senior Mikelle Anthony and junior Addison MacPherson.

Watch Parks reflect on the season, and the Storm’s mentality entering the postseason: