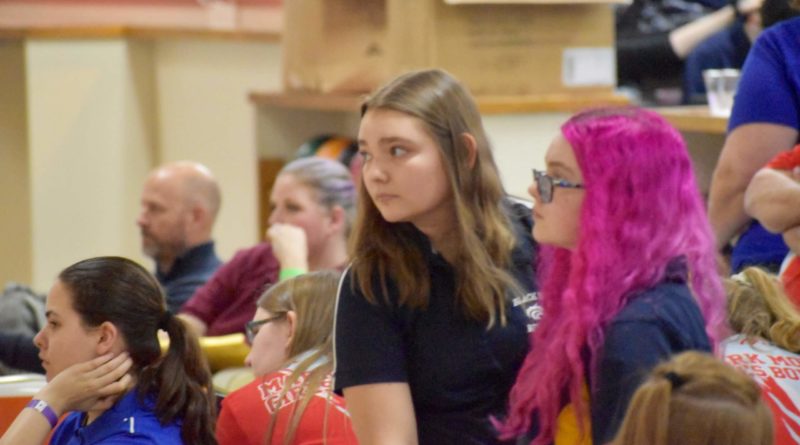 Trailing White River’s JoJo LaTurner after the morning session, Stuart took the lead for good with a 212-pin fourth game.

She became the Wolves’ first state champion in girls bowling. Grace Gibbs was the state runner-up for Black Hills in 2018, which was the previous school-best showing.

But Stuart overcame a couple of critical challenges to win Thursday.

She came into the tournament with cracked skin on her right thumb, which happened when she switched to a new bowling ball at last week’s Southwest District tournament.

If that wasn’t tender enough, Stuart’s older sister – Nicole (Hayes) Pocklington – is not only one of the all-time greats at Black Hills (fourth at state in 2012), she is now the school’s coach.

Stuart admitted afterward having her sister down on the lanes for the final game was a huge benefit.

It was Stuart’s first tournament win in more than a year, not since she captured first place at the Thurston County USBC youth championships.

Stuart placed 15th at the state tournament as a ninth grader in 2019.