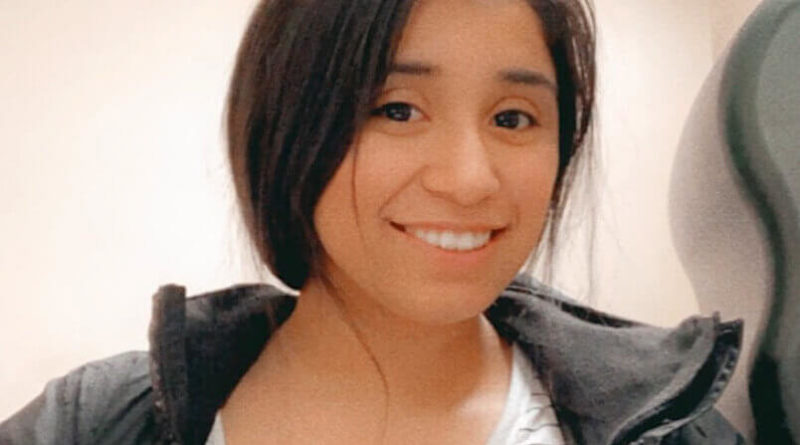 There are a few facts you should know about the leading rebounder in Washington high school girls basketball:

* She is Loreydy Santiago, a sophomore.

* She plays for a Class 1B program – Easton High School.

* Her rebounding average is absurd – 18.6 rebounds per game.

* She has four games of 25 or more rebounds, including a school-record 30 last week against Moses Lake Christian.

“It is crazy,” Easton girls coach Tanner Brunson said. “It’s almost like she’s a magnet for the ball.”

Santiago is a cornerstone piece for a program that has won just four games the previous two seasons — and is 0-10 in 2019-20.

After finishing up her middle-school season back in 2017-2018, she was recommended to join the high school varsity team as an eighth grader. Brunson immediately appointed her a team captain.

“She knew what she was doing, and the players respected her for that,” Brunson said.

For her first two seasons, Santiago primarily played on the perimeter as a guard – especially with a couple of older post players in the fold.

This season, Santiago is the undisputed team leader, and go-to player. She still plays up top on offense, but sags to the back end of the team’s zone on defense.

And it didn’t take long for Santiago to start racking up the rebounds.

It’s not as if she is a springy leaper, although she does play volleyball.

What she does have is quickness. She is a sprinter on the girls track team.

“To be honest, I have no idea how I am doing this,” Santiago said. “I have such a hard time blocking out. But when it comes to getting a rebound … I kind of just do it.”

“I couldn’t believe it,” Brunson said. “But one of the former coaches, who is a great resource for me … was keeping stats. And she showed me that number, and I was like, ‘Holy crap!'”

Santiago said the one piece of advice she has started to really take to heart was something her middle-school coaches kept preaching to her: It’s to always go to the opposite side of where the shot comes in from.

“I just look in the opposite direction, and hope I catch it if it misses,” Santiago said.

However she is doing it, opposing – and taller – post players get irritated by it.

“They get mad, and you can hear coaches on the other bench yell, ‘Don’t let No. 30 in the key,'” Santiago said.

“But I cannot make any sense of it. I am not that tall.”