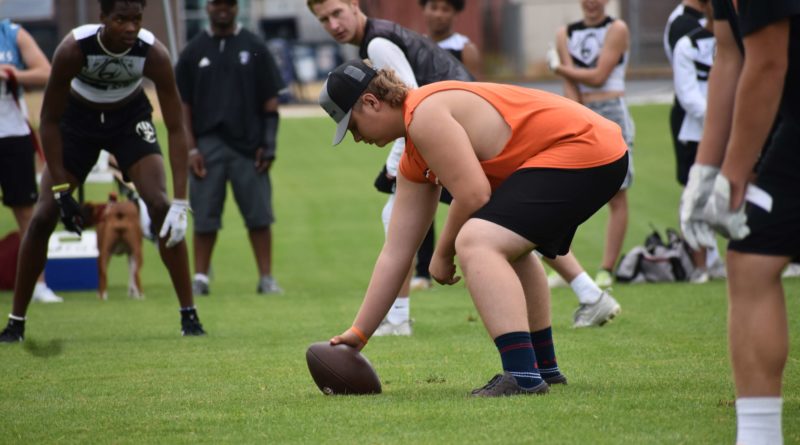 In October, Cascade Christian quarterback Parker Johnson felt at peace with his decision to announce Yale University as his destination for college football.

And why not? Yale was in the Ivy League. It had a prestigious reputation for academics – and connections beyond.

But a month or so later, Johnson began having second thoughts, especially after he made a visit to the Connecticut campus.

“It just wasn’t my lifestyle,” Johnson said. “And it’s a bigger decision than just football and education.”

Johnson went on an official visit to Cheney last weekend, and thought about going as a preferred walk-on recruit.

But on Monday, he was got FaceTime call from Eagles offensive coordinator Ian Shoemaker, who then turned the phone over to coach Aaron Best.

It was then that Best offered Johnson – the No. 81 player in Scorebook Live’s top-100 players list – a partial scholarship to join the football program.

“This gives me the opportunity to stay in state and play for a hometown team – and the ability to go over and compete,” Johnson said.

Johnson had a fantastic four-year career at Class 1A Cascade Christian, passing for nearly 9,000 yard and a school-record 83 touchdowns in 38 games.

He has his best season as a senior – completing better than 70 percent of his passes for 2,780 passing yards, 21 touchdowns and just four interceptions in eight games. He also had 422 rushing yards and another seven scores.

Johnson will be the second quarter in Eastern’s 2020 recruiting class, joining Idaho standout Shane Jennings, who signed with the Eagles in December. Jennings passed for more than 10,000 career yards at Gooding High School.

Also, another former Class 1A signal-caller standout is still at Eastern – sophomore Simon Burkett, who starred at Meridian High School.

Eric Barriere is the school’s projected returning starter next season as a senior.