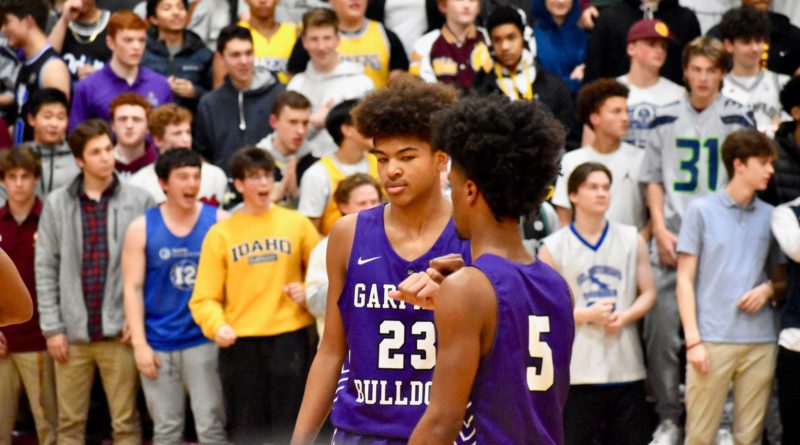 Beat Ballard on the road, 61-51, then lost to No. 4 Garfield at home, 83-73, without junior guard Shane Nowell, who missed the game with a concussion suffered Tuesday. (Nowell is expected to return this week)

Union picked up a narrow, come-from-behind win at Battle Ground Tuesday on the same night senior guard Brad Lackey suffered what is feared to be a season-ending knee injury. As Lackey still awaits an MRI, the Titans beat Heritage on the road, 95-48, to set up its last game of the regular season: a showdown at No. 21 Skyview.

It was a strong week for the Bulldogs, who beat Nathan Hale on Tuesday at home, 101-59, then hit the road and No. 1 Eastside Catholic on the road, 83-73 — their biggest win of the regular season.

Beat Newport on the road, 77-22, in a game where guard Jabe Mullins logged his first career triple-double, then beat Issaquah on Friday at home, 71-56.

Beat Shadle Park on the road, 87-46, then returned hom to beat North Central, 71-26, to set up the last week of Greater Spokane League play.

Defeated Emerald Ridge at home, 71-54, then turned around and thumped Puyallup on the road, 71-41, to inch closer to the No. 23 Vikings with two games to play in the 4A South Puget Sound League regular season.

Picked up a pair of wins over top-5 1A teams: first beat Kings at home, 66-50, on Tuesday, then defeated Lynden Christian on the road in the Coaches vs. Cancer crosstown rivalry game.

Beat Mountain View on the road, 85-44, then drove north to beat Kelso on Friday, 56-44, to clinch the 3A Greater St. Helens League title with two games left in league play.

Beat Heritage on the road, 75-65, then turned around and beat Battle Ground at home, 49-52, as the Storm vie for second place in the 4A Greater St. Helens League and homecourt advantage in districts.