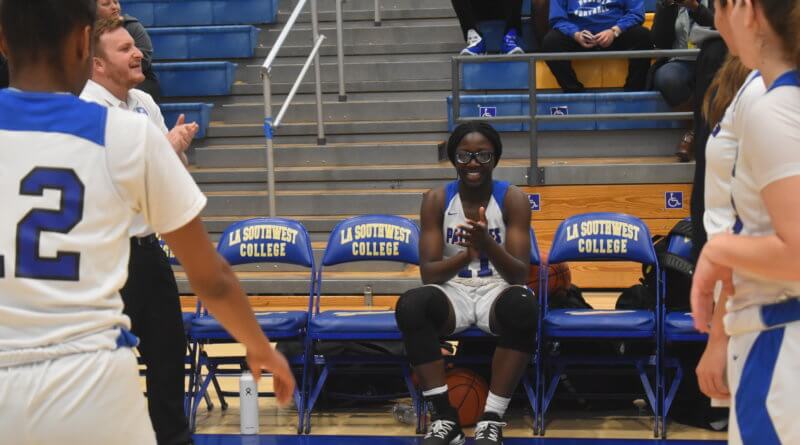 Did you feel that earth-moving tremor coming from the Sammamish Plateau on Friday night?

The epicenter for such activity came at Eastside Catholic High School where a group mainly made up of sophomores and ninth graders shook up the world of high school girls basketball in Washington.

Third-ranked Eastside Catholic ran perennial Metro League tormentor Garfield right out of the building, 73-49, in a showdown of the league’s top two teams.

Malia Samuels scored a game-high 19 points for the Crusaders. Mjracie Sheppard added 16 points, while Imbie Jones added 14, and Zahirah Walton chipped in with 13.

Eastside Catholic started the second half on a 9-0 run to take a lead it would never relinquish – and outscored the No. 1 Bulldogs, 28-7, in the third quarter to grab a 57-40 lead.

The Crusaders’ win snapped a four-game skid against Garfield, which played standout and California signee Dalayah Daniels (ankle) limited minutes off the bench.

But that did not damper the seminole moment so far for this young Crusaders team.

“Our girls wanted it,” Eastside Catholic coach Katie Farr said. “They were ready. They were hungry.”

WHEN A FRESH, EXCITING GROUP SUCH AS THIS COMES ALONG, YOU JUST SIT BACK AND ENJOY IT

In 2002, Eastside Catholic fell one game short of winning a Class 3A girls title, losing to Metro rival Seattle Prep.

And they do it primarily one way: Pressure.

For much of the first half, the Crusaders didn’t press as effectively as usual. They trailed at the break, 33-29.

Right from the first seconds of the second half, Eastside Catholic applied the squeeze, and it worked by forcing 10 Garfield turnovers in the third quarter.

“It bothered them a lot,” Samuels said.

It also blew them out.

Samuels is the team’s floor general – and the top point guard in the 2023 class.

Her skills are advanced,. Her work ethic is unmatched.

And her smile, especially after a win like this, is infectious.

“We got it done,” Samuels said.

And it was her big third quarter that spearheaded the charge.

She tallied 12 of her 19 points in the quarter, including a 3-pointer, and a couple of transition baskets off steals.

The rest of the state has to deal with this type of complete player for the next three years?

“She is in there working and grinding when nobody else is,” Farr said. “She wants to perfect things. She wants to work hard. She wants the weight of it all on her shoulders.”

THE BIGGER QUESTION IS HOW DOES GARFIELD RECOVER FROM A LOSS LIKE THIS?

For the past two seasons, including last year under then-first-year coach Marvin Hall, no team ran opponents ragged with fullcourt pressure better than the Bulldogs.

Which made what transpired Friday night all the more jaw-dropping.

The biggest caveat – and it is a big one – from this blowout loss is that Garfield’s best player is nowhere near 100 percent healthy.

Daniels, the team’s 6-foot-4 McDonalds All-American, injured her ankle at the NIKE Tournament of Champions in Arizona right before Christmas, and has played very little since then.

She saw her most extended action of 2020 on Friday night, playing 13 minutes and scoring just three points on 1-for-3 shooting.

A return to full health would certainly be a boost, but how much would that close the gap right now between the two Metro schools?

That might be determined in the upcoming 3A Sea-King District tournament.