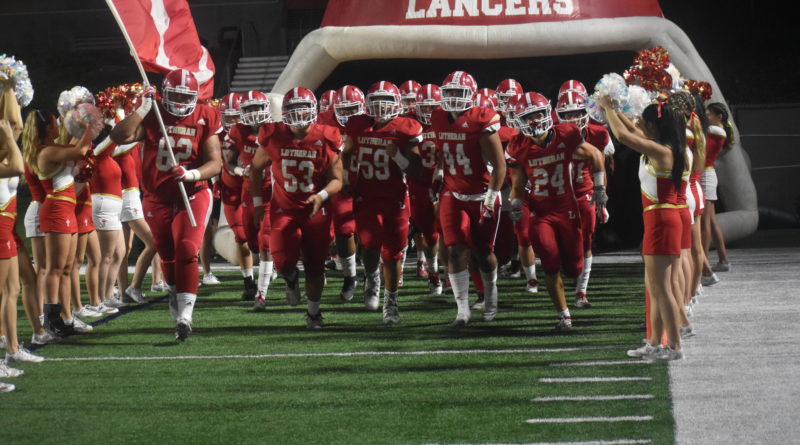 Salinas, off to play at Western Oregon, was a cornerstone of Zillah hoops in recent years, and Landdeck was the new guy in town, an incoming junior whose basketball talent was well-known. He’d just transferred in from Cashmere, a team he helped reach the 1A state tournament the previous season.

And he was joining a team that, before his arrival, was set to be passed on to incoming sophomore Claysen Delp to handle scoring duties. He’d been Zillah’s go-to guy all summer, and was preparing to be the team’s scoring leader for the next three seasons.

So as they were shooting around, Landdeck, who is at his third school in as many years, the most recent departure self-admittedly basketball-related, asked Mengarelli: “What’s Clay going to be like when I show up?”

“I told him ‘you have nothing to worry about,’ ” Mengarelli said.

But Landdeck was getting at a pivotal question. The two guards’ cohesion would be — and has been — a crucial factor in Zillah’s quest for its third 1A state title in four years.

As a sophomore, Landdeck was a first team all-state guard who averaged more than 31 points per game. After transferring, he had to fit in with a new group, a new system and a player in Delp who had been training to be the next “guy.”

And to date, it’s played out well for the Leopards. Landdeck is the team’s leading scorer at 20.4 points per game. He’s also dishing out a team-high five assists per game with an assist/turnover ratio of 2.02 (through 17 games). He’s also perhaps the more well-known player statewide. But Delp’s contributions have been just as important. He’s the team’s second leading scorer at 15.7 points per game, and at 65.6 percent overall shooting, is among the team’s most efficient scorers.

“I feel like I’ve tried to come in here and do me, figure out what’s best for the team and try to fit those pieces so we can be one big team,” Landdeck said.

With the regular season approaching its end, Zillah (16-1, 9-0) is No. 1 in the 1A coaches polls and a 1A state title contender with a comfortable cushion atop the 1A South Central League.

For Mengarelli, the addition of Landdeck has presented a welcome challenge as a coach. Great shots? Mengarelli welcomes them. But every shot, he says, is not a great shot.

“For us, he doesn’t have that total green light,” Mengarelli said.

“I’ve been working with him that you’ve got to earn that green light. You’ve got to show me you can make a couple, and then you can mix in that transition step-back 3. You know? I don’t like a shot when their defense is set, we’re trying to run our offense and then we mix in that one.”

So, Mengarelli asked himself, how far can I push, prod and incorporate a proven volume scorer into a well-established system? The fourth-year head coach leaned on a quote he read from former NBA standout Gilbert Arenas, who asked which is scarier: a pit bull on a leash or a pit bull walking by itself?

The point Arenas was getting at were the unintended consequences over-coaching and dissuading a player from being himself can present. Mengarelli knew ability and work ethic have never been issue with Landdeck, the team’s “biggest stealer of keys” when it comes to putting in extra time in the gym. He wanted to empower Landdeck, and feed his strengths — all while being constructive in his coaching.

Landdeck’s confidence doesn’t rub Delp the wrong way. He knows Landdeck can let his game do the talking, and there’s a shared understanding of what’s at stake: a dynastic third state championship in four years.

“The Zillah thing is we’re not really cocky people, but him and (Salinas) are probably the first two guys who brought that,” Delp said. “You’ve got to accept that.”

While Delp admits it was hard going from training for a whole summer to be “the guy,” to fitting into more of an accompanying role, much of the dynamic between him and Landdeck has been ironed out in practice, when the two go head-to-head. Delp says practices are hyper-competitive. Nothing is given. Everything earned.

“We have battles pretty much every day in practice,” Landdeck said. “We always guard each other, always talk to each other how it is, and we just battle every day. Makes us better for the games. Once we get in the games, we play together, have good chemistry, so it’s nice.”

The day before its lone loss in early January, Zillah freshman Luke Navarre was handed the practice duties of splitting the Leopards into two teams for a scrimmage.

When he was done, Landdeck and Delp found themselves in a relatively unfamiliar situation for a practice. They were on the same team, and they immediately clicked.

“I had about 10 back-to-back 3s because he was giving me the ball,” Delp said. “Everyone was looking at him and it really opened it up.”

Delp, a spot-up shooter as a freshman on Zillah’s 1A state title team last season, found himself doing what he was used to in practice that day: knocking down shots. Only this time, they were fed to him by Landdeck.

It was perhaps a full circle moment from the offseason.

Delp had trained all summer in preparation to step in as Zillah’s leading scorer, even prioritizing that goal over preparing for the football season, where he’s the team’s quarterback (Landdeck played wide receiver this fall). Delp worked on creating his own shot, which he didn’t have to do much last year. During June ball, he got a taste of it, leading the Leopards alongside three-year starters Weston Ide and Sebastian Godina.

In retrospect, Mengarelli thinks the team as assembled in June was “a guard away” from being a state title team.

Then in August, Landdeck announced via Twitter that he’d be transferring to Zillah, confirming a rumor that swirled around the team for much of the summer. Mengarelli didn’t believe those rumors.

Zillah’s run-and-gun offense prides itself on discipline to the system. Landdeck has tested the typical confines of that system, Mengarelli says, in a similar way Salinas did. In fact, Landdeck may be pushing Zillah into uncharted territory as a player. “Maybe never” has a player attempted nearly 10 3-pointers per game (9.8 through 17 games), says Mengarelli.

As the Leopards’ season wears on, they continue to click as a team. Their only loss came to No. 2 Toppenish (2A) at the buzzer, and they’re averaging nearly 80 points per game.

Credit that success to a team that has had to bend, and a system that has challenged a proven scorer.

“Clay was our go-to scorer (this summer), so to inherit another one kind of threw off the dynamics,” Mengarelli said, “but it’s going to make us better in the long run.”

Andy Buhler is a reporter for Scorebook Live Washington. Hear him weekly on the Scorebook Live Today podcast, follow him on Twitter@AndyBuhler; email at andy@scorebooklive.com.