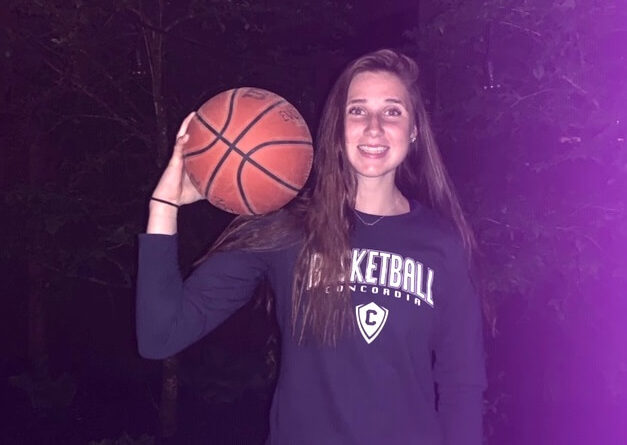 Five-time NBA champion Kobe Bryant loved basketball – and he loved his four daughters. Both were intertwined intimately, all the way leading up to his untimely death Sunday.

Bryant, 41, and his teenage daughter, Gianna (“Gigi”), were two of the nine people on board a helicopter that crashed in Calibasas, California on Sunday morning.

They were all headed to an AAU basketball game where Bryant was supposed to coach his daughter’s select team. There were no survivors.

The news has stunned the basketball world and beyond. As a tribute to the special father-daughter basketball bond Kobe and Gigi shared, on and off the court, many fans have posted photos and passages on social media as part of the #GirlDad movement.

Scorebook Live interviewed four fathers who also coach their daughters at the high school varsity level, and asked how the tragedy has impacted them over the past few days. Here are their stories:

He began a text-message exchange with his brother, asking if it could possibly be true.

Then his heart sank. Not only was Bryant on that helicopter, his teenage daughter, Gianna, died in the accident, too.

“Just stunned,” he said. “And I was even more devastated to learn about his daughter. It was another element that made the story sadder.”

A father of two daughters, Marsh has been the Arlington High School girls coach for nine seasons. His youngest daughter, Keira, is a sophomore starter on the sixth-ranked Eagles team.

The topic of Bryant’s death was not talked about in the Marsh household – but it did come up in the team’s locker room Tuesday before a 3A Wesco game against Marysville-Pilchuck.

Some of the players asked if it was OK for them to incorporate a Bryant salute in their pre-game handshake routine (throwing up a “24” sign).

Marsh gave them the green light. Then, much of the discussion that followed shifted to the Bryant father-daughter duo.

“I told the girls I was never a Kobe fan during his playing days being a Philadelphia 76ers fan,” Marsh said. “But once he started pushing (promotion) of the girls game, I became more appreciative of what he had been doing.”

Guard Hailey Hiatt, one of the Eagles’ team captains, told the team she had met Bryant and snapped a photograph with him. Others chimed in with what they liked about the former NBA star.

“It just became an emotional moment,” Marsh said. “And it kind of became the surrogate conversation I would have had with my own daughter, because she was there.”

“We never knew about (Jordan’s) kids – or him coaching his kids,” Brown said. “With Kobe, you always knew when he was coaching his daughter.”

Brown has coached his own three daughters – Keyla Cobb and Tianna and Tiarra Brown – at every level, starting in recreational ball and graduating to the AAU ranks where he assisted with the Northwest Magic.

Immediately after learning of the Bryants’ deaths Sunday, Brown first reached out to Tianna, who is currently playing at Grand Canyon University in Arizona.

“I had to think a lot that day – like what would my kids do if something happened to me?” Brown said.

Brown’s youngest daughters experienced that a few years ago when he had to take a sabbatical from club coaching due to health reasons.

“When I got an opportunity to jump back into coaching a little bit, I took it without any hesitation – even though the doctors said I wasn’t ready,” Brown said.

He joined the Bethel staff under former coach John Ainslie in 2015-16, then replaced him two years ago when Ainslie retired – and Tiarra was going into her junior season.

The Braves are having one of their best seasons in school history, sitting at 17-0 and ranked No. 2 in Class 3A.

Heading into the locker room before their game Tuesday night against Spanaway Lake, Brown, 47, was surprised to see that each of his players had tied purple and gold ribbon to the shoelaces of her sneakers – as a tribute to Bryant’s NBA career with the Los Angeles Lakers.

“We sat in the locker room and just talked about life, and tragedy and how to live day by day,” Brown said. “And to count your blessings.”

On most Sunday mornings, Tyler Edwards is in a gymnasium around Kettle Falls teaching basketball skill-building drills to youth – including a couple of his own children.

He has another job as well – he is the 15th-year girls varsity coach at the high school.

So when word of Bryant’s fatal helicopter crash spread, it hit him like a ton of bricks.

“There was a disbelief,” Edwards said. “The kids were like, ‘What? How? Why?’

“It kind of brings home how short life is.”

And yet, every time Edwards, 42, reflects on Bryant’s legacy, he is brought back to the same lesson – one by which he lives his own life.

“I say it all the time, something I really respected about Kobe,” Edwards said, “is that he was willing to invest in his kids.”

She is now a sophomore, and the leading all-around player at point guard, averaging 14.2 points, 5.2 rebounds, 4.9 steals and 3.4 assists per game (a very Bryant-like stat line).

His daughter isn’t a huge NBA follower, but was an avid fan of Gonzaga women’s games when the family had season tickets. Her favorite player was Courtney Vandersloot – now in the WNBA with the Chicago Sky – and she now wears the same No. 21 jersey for Kettle Falls.

But that’s not to say the Bryant bombshell didn’t hit the team hard. It did.

“To a basketball kid, everybody knows Kobe,” Edwards said. “Everybody has felt that impact.”

Corey Alexander wasn’t planning on calling his daughter, Nia, while he was at work Sunday morning.

But once the news of Bryant’s shocking death hit the airwaves, he immediately checked in on her at the University of Nevada.

“I have a special bond with my kids. We are very close,” Alexander said. “I coached both of them in high school. And it is the same kind of relationship as far as being their dad as it is in basketball. I love them.”

He never coached Aaliyah – a senior at Beamer who has signed with Eastern Washington University – in AAU, but had always been her basketball trainer with his wife, Dianne, who played at the University of Washington.

Alexander has always used Bryant as an example of how to play basketball – and applied that lesson to life with his daughters over the past few days.

“It’s how he approached the game every day, leaving everything on the floor,” Alexander said. “That is what I am telling my kids now – don’t leave anything for tomorrow, but play for today.”

As a tribute to the late NBA star, Alexander coached Beamer’s game against Auburn wearing a Lower Merion basketball jersey – the high school that Bryant played at in Pennsylvania as a teenager.

The team also held a moment of silence for Bryant before the game.

“We’ve all asked, ‘How could this happen to him?’ But it did, and it can happen to anybody,” Alexander said. “It just makes you want to hug your kids a little closer, and stay more in contact with them.”