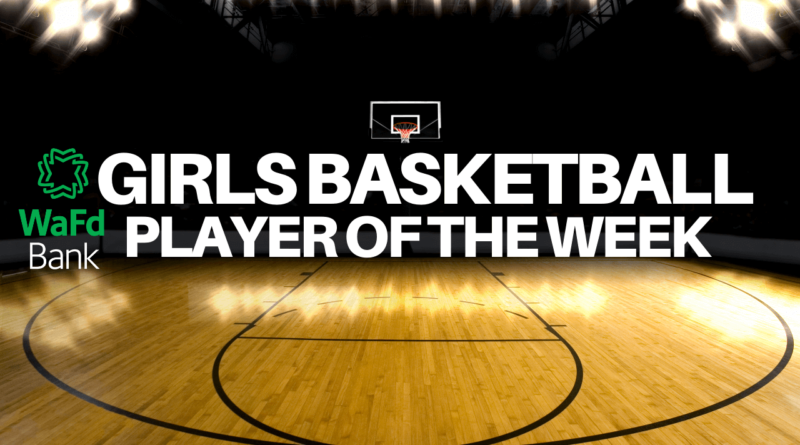 Walker grabbed a triple-double with 30 points, 13 assists, 10 steals, and 6 rebounds against Charles Wright.

We are currently accepting girls basketball player nominations for games played Jan. 13-19. If you would like to nominate an athlete, please email regan@scorebooklive.com or tag us on Twitter or Instagram at @sblivewa.

Here are the other girls basketball players who were nominated for the week of Jan. 6-12:

Hailey Hiatt, Arlington: Hiatt scored 29 points and tied the school record for 3 pointers made in a game with 9 total against Mountlake Terrace.

Joy Haltom, Juanita: Haltom had a double-double with 20 points, 13 rebounds, 2 assists, 2 steals, and 7 blocked shots. She also nailed two free throws with 1.5 seconds to send the game into OT against Bothell.

Mason Oberg, Union: Oberg netted 30 points to go along with 7 rebounds and 5 assists in a 72-39 win over Wilson.

Piper Bauer, Peninsula: Bauer scored a game high 34 points and added 9 rebounds as well as 4 assists in a 80-73 win over Timberline.

Veronica Sheffey, Woodinville: Sheffey had a triple-double with 14 points, 11 assists, and 11 rebounds in Woodinville’s 67-43 win against North Creek.