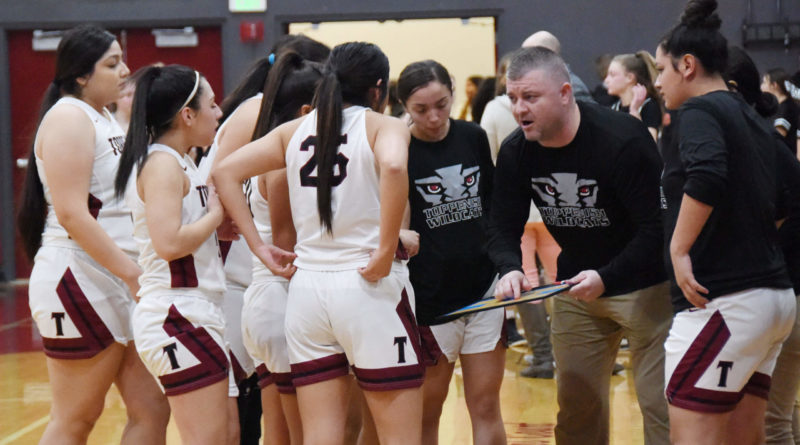 Not everything in high school basketball is a slam dunk — and that has certainly been the case in Washington this season.

Given recent past history, and the team’s preseason expectations, here is a list of five girls basketball coaches who Scorebook Live thinks have done the best job guiding their respective programs in 2019-20 (in alphabetical order).

Skinny: If there was one person who knew the Cougars’ potential this season, it was Twiddy. She coached against them a season ago while the head coach at Shelton. Twiddy left to lead Capital, and because she inherited an experienced group of seniors, she’s been in “right-now” mode in building the program into a league contender. And she immediately changed one thing: Turning the Cougars into a more man-to-man, pressure-oriented defense, as opposed to the zone scheme they ran a year ago. Senior forward Nicole Lindblom is a mismatch nightmare at 5-foot-11, and sank a school-record eight 3-pointers in a game earlier this season. Junior post player Amelia Grimstead forces opponents to honor her presence in the mid-post area. Before last year’s 13-11 campaign, Capital had a run of seven consecutive losing seasons.

Quotable: “Turning defense into offense was the first thing I wanted to fix.”

Preseason predicted order of finish in 2B Pacific: Fifth.

Skinny: Considering Chief Leschi is a program with one winning season since the 1990s, and had won just two games during a seven-year stretch (2008-15) – this is as remarkable a turnaround story as you are going to find in the state. The Kentucky-raised Plummer was a women’s college coach (Snead State) for nine seasons before moving across the country to Tacoma so his daughter could be treated full-time for epileptic seizures. He took the job at Chief Leschi in 2017, and ingratiated himself with his players – and the Puyallup Tribe – by participating in traditional Canoe Journey on the Salish Sea (Puget Sound). That established honor and trust, he said. The Warriors made a run last season in the district playoffs, and continued that in 2019-20 with defensive-first success. Sisters Alicia (senior guard) and Mylina Pluff (sophomore post player) lead this motivated group intent on earning the school’s first state playoff berth.

Quotable: “The main thing I focused on was not basketball, but to change culture and mindset. They get down on themselves and each other easily. It’s about empowering each other, building each other up and playing for something bigger than themselves.”

Preseason predicted order of finish in 4A NPSL Olympic: Sixth.

Skinny: A 2005 Federal Way High School graduate, Langston was a defensive stopper on the boys basketball team. And that is the type of coach he is in his second season leading the Gators’ girls (was an assistant coach three years before that). When he took over a year ago, he did not have any pure scorers on his squad. So immediately, practices largely focused on man-to-man pressure and getting easy buckets in transition. The “foundational piece” is 6-foot-2 senior post player Ramona Jagger, who just signed with Seattle University. But Langston points to junior Evie Iaone as the team’s defensive tone-setter and transition catalyst. And three incoming ninth graders, led by point guard Julie Young, have helped greatly. More impressive than the Gators’ wins is two close losses to Beamer, the divisional leader and a top-10 program. The last time Decatur was in the state playoffs was 2000 – and this group has a chance to break that long drought.

Quotable: “We spent early years changing the culture. A lot of times, girls here played basketball just to have a jersey to wear around school.”

Preseason predicted order of finish: First in 2A SPSL West.

Skinny: It’s not as if the Trojans have not had a great deal of success over the past decade. For them, it is about making that jump into district- and state-contending status. Are they there? Well, Fife certainly made a statement with its 60-48 victory over then-No. 2 W.F. West in mid-December. That win put the Trojans on the map. “I have noticed we are getting scouted a lot more,” Elliott said. The first-year coach is a former Puyallup assistant – and got the job last summer. Elliott spent the summer just building good relationships with his players. He has talent, led by reigning 2A SPSL West player of the year Torree Thomas, an inside-outside threat. And Aliyah Hunter and Bre Hernandez give him a pair of playmaking guards. Fife could very well end its 27-year drought of winning a state playoff game this season.

Quotable: “We have a lot of growing to do, but we are doing it together.”

Preseason predicted order of finish in 2A CWAC: Seventh.

Skinny: What kind of history does this school have with deep postseason runs? Well, the Wildcats have reached the state tournament just once in their school history – a two-and-out 1A showing in 1991. Their last winning season was in 2014 (11-10). But they taken a noticeable step forward this season in Baker’s debut head-coaching campaign (he was an assistant the past three seasons). And as one of the head figures of the town’s feeder youth programs, Baker is starting to see the roster numbers increase at the high school level. And he is leading a turnaround with a defensive-first philosophy, led by senior forward Kassandra “The Hammer” Tellez. She takes on all top scoring options. Sisters Cloe and Bree Peters shoulder must of the scoring load, but Neveah Zuniga has been an emerging threat in the second half of the season.

Quotable: “We want to have a good body language. A new thing we have implemented is what I call a ‘Wildcat’ (shout-out). You cannot get that until you make a mistake, and it is how you respond to it immediately afterward.”