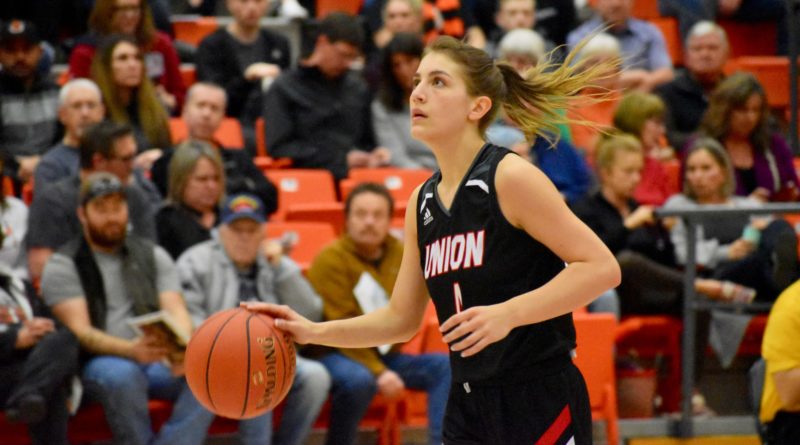 BATTLE GROUND — Mason Oberg is nearly a year removed from the perhaps the most challenging thing she’s faced in her athletic career: a torn Anterior Cruciate Ligament, and ensuing complications due to blood clots.

The knee injury cause the senior point guard to miss her entire junior season at Union. Now, back as a senior, Oberg is capitalizing on her time left with one goal in mind: get back to the Tacoma Dome for only the second time in program history.

“I was just ready to come back and ball out with my teammates,” Oberg, who was a sophomore when the program made its first state tournament, said.

Her 16.3 points per game have positioned Union well vying for the second spot in league. Union is tied for second place in the 4A Greater St. Helens League at 4-2 with two games remaining.

Earlier this season, Oberg already beat the program record for 3-pointers in a game (8). Scorebook Live caught up with Oberg after a lopsided 75-28 win at Battle Ground Tuesday night, in which she surpassed the program’s all-time career made 3-pointers.

Watch below as Oberg, a Western Washington signee, speaks about recovering from the ACL surgery, the team’s outlook on the rest of the season and more: