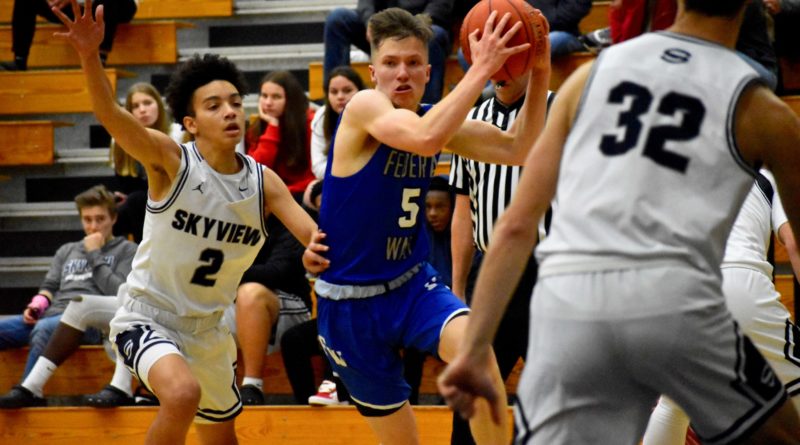 Here is a look at the 4A North Puget Sound League:

Federal Way Eagles: The league belongs to Federal Way until it’s taken from them. And while they suffered a recent loss to Auburn, and an Auburn Riverside that leapt out to a hot start, the Eagles, led by returning starters Jaylen-Wes Williams and sharpshooter Bradley Graham as well as transfer forwards Peter Erickson and Jared Franklin, have for much of the season looked the part.

In the Cascade Division, Kentwood and Mount Rainier are locked atop the standings. Can Mount Tahoma, with road games at Kentridge and Kentwood still remaining, create separation?

Ricky Bell III, Mt. Rainier: Ricky Bell III is a gifted athlete and leader for a Mt. Rainier team currently in first in the NPSL Cascade. Bell III, an aggressive, tough-to-check 5-10 guard, is a big reason for that.

Bradley Graham, Federal Way: Does Graham have the prettiest shooting form in the state? He’s a veteran shooter and ball-handler for the Eagles, and was a part of the deep Jaden McDaniels-fueled playoff runs in recent years. This year, Graham is shouldering a bigger role.

Auburn snapped a seven game losing streak against Federal Way recently to draw even in the standings. The Trojans, led in part by sophomores Trevon Blassingame and Maleek Arington, are young, sure, but have enough proven talent to make noise.