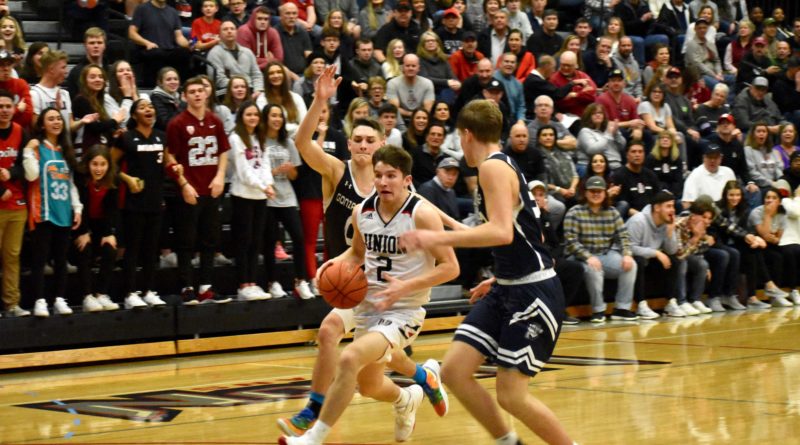 Here is a look at the 4A Greater St. Helens League:

Can anyone stop the Union Titans? That’s the question in the 4A GSHL, as well as across the 4A landscape statewide. The Titans, paced by Tanner Toolson and guards Brad Lackey and Kaden Horn, are undefeated, and deploy a blur of an offense that has put up 90 or more points eight times this season.

Union senior Tanner Toolson is making a strong case for 4A state player of the year, and it’s mid-january. The 6-foot-5 guard/forward can score (22-plus points per game at 45 percent shooting), rebound (8-plus boards per game) and has the bounce to flush it at will.

Oh, and have we mentioned Battle Ground forward and Gonzaga commit Kaden Perry? The 6-8 junior is a walking double-double, and continues to tap into his seemingly limitless potential.

Union has been dominant, but No. 5 Skyview already handed No. 3 Federal Way its only loss of the season. The Storm are led by three-year starter Kyle Gruhler, juniors Jace Chatman and Squeeky Johnson. Can they knock of Union in either of the team’s two remaining matchups?