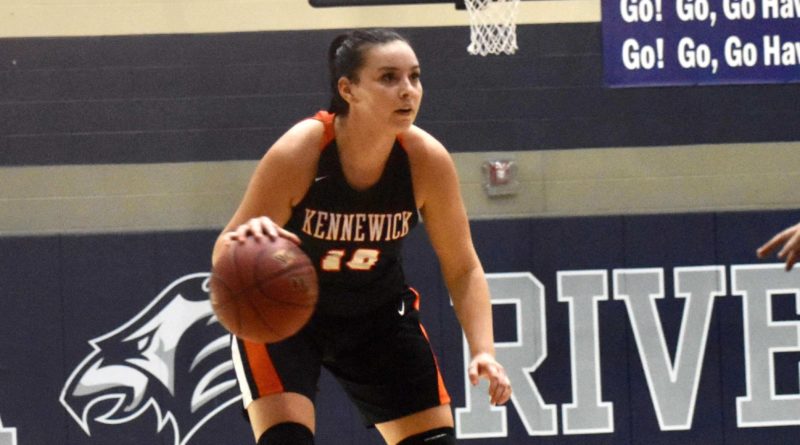 With the 2019-20 high school girls basketball season at the halfway point, we’re taking an inside look at the top teams, best players, emerging X-factors and projected standings for each Class 3A girls basketball league around the state of Washington.

It would be foolish to bet against a program (Prairie) that not only has won 22 league titles in a row, but 208 consecutive games against league opponents. And the Falcons won the 3A title last season.

Hudson’s Bay sophomore Aniyah Hampton is one of those flashy point guards that come around every so often. She can facilitate the Eagles’ fastbreak offense to perfection.

Can this all-underclassmen Hudson’s Bay nucleus win big road games on its way to its first league title since 2007? Hampton’s return (knee) will give the Eagles a big boost.

Last season, Mount Spokane lost in the 3A title game to Prairie. The Wildcats return their best player in UW signee Jayda Noble, and have a nice blend of experience and up-and-coming underclassmen.

The best word to describe Noble’s style – smooth. The 6-foot senior has no weakness in her game, and might be the most fierce rebounding guard in the state. She is a legitimate state player of the year candidate.

Is there anybody else to track? North Central is coming off back-to-back winning seasons, but all-time scoring leader Quincy McDeid graduated and is now at Whitworth – and the Indians need to find another go-to scorer.

If you want to follow a promising upstart with a bevy of youthful talent, Lake Washington is your team. The Kangaroos have speed, height – and play a mean brand of defense.

Rosa Smith won’t dazzle you with numbers, but the sophomore point guard makes the Kangaroos’ attack go. With her quickness, she can wreck a defense single-handedly.

What is Kara Choi’s future? The two-time 2A/3A KingCo player of the year has been a fantastic playmaker at Bellevue, but she is leaving the prep ranks to concentrate on making the South Korean National Team.

Garfield might be the most talented team in the state, regardless of classification. Led by five-star forward Dalayah Daniels, Bulldogs have been in state semifinals in each of past two seasons.

At 6-foot-4 with great hops and long wing span, Daniels already owns the paint, especially defensively. The California signee is also an underrated perimeter threat – and edgy enough to fight for any loose ball.

It is rare we mention newcomers, but Eastside Catholic point guard Malia Samuels is no ordinary ninth grader. She put on a show at last summer’s Jr. NBA Global Championships, and leads this exciting young group.

For the past half-decade, Kennewick played in the shadow of state contender Kamiakin in the MCC. Not anymore. The tough-minded Lions have one of the best front courts around.

Hawaii signee Meilani McBee just does what Kennewick needs to win games – defend, rebound, take a charge and hit a bucket. She brings the best kind of fortitude.

Quick, who is the only non-Kennewick player to score 20 or more points in a game? It is Kamiakin junior Amani Davis, who takes go-to reins from graduated Oumou Toure.

With a game-changing point guard in Esmeralda Morales and top-flight forward in Tiarra Brown, defending champion Bethel is a legitimate state championship contender.

Few wing players around the state have the speed-strength combination of Brown, who can score from every point on the floor as a fourth-year starter for the Braves.

Two years ago, guard Joclyen Wyatt crashed on the scene making big shots as a ninth grader for Lincoln. Now, the pure scorer is trying to lead Wilson back to the state playoffs.

There are four teams that can win the SSC, but our pick is offensive-minded Yelm, which has four scorers who can go off for 20-plus points on any given night. School’s last crown came in 2013.

Senior Maddie Plevyak can score at any level. And the combo guard adjusts well to what defenses give her. Third-year starter is headed to Pacific Lutheran University.

How much will Timberline improve in a short amount of time. Former state championship-winning coach Tom Kelly (W.F. West) will have Blazers up and running sooner rather than later.

Defending co-league champion Arlington aims to apply constant pressure on both ends – with flying arms and bodies fullcourt on defense, and firing away 3-pointers at will on offense.

With each passing season, Meadowdale forward Fatoumata Jaiteh’s game greatly expands. She has always been a good shot blocker and rebounder, but now her offensive repertoire starting to blossom.

If Ferndale wants to reach the state playoffs for the first time in more than a decade (2009), senior Brianna Byrnes will have to have a big season. She is one of the best scoring guards in the Northwest Conference.