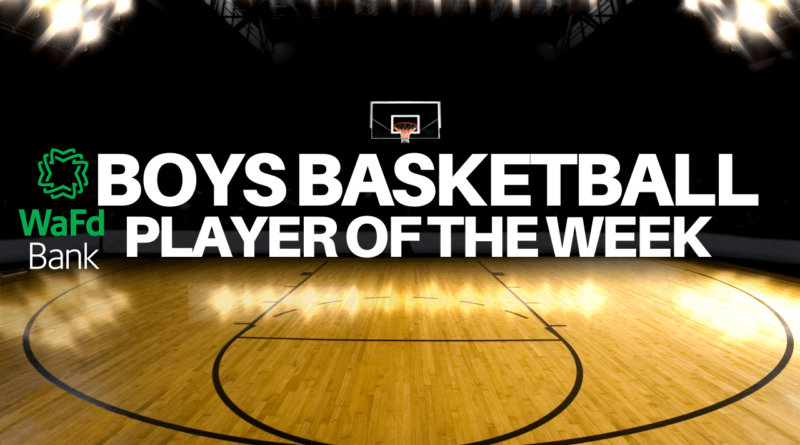 Bailey received 54% of the vote, beating out Selah’s Noah Pepper who finished with 37.24%.

We are currently accepting boys basketball player nominations for games played the week of Jan. 6-12. If you would like to nominate an athlete, please email regan@scorebooklive.com or tag us on Twitter or Instagram at @sblivewa.

Here are the other boys basketball players who were nominated for the week of Dec. 30 – Jan. 5:

Squeeky Johnson, Skyview: Johnson put up a career-high 27 points against Federal Way to lead Skyview to a 78-73 win.

Cort Roberson, Stanwood: Roberson filled it up with 39 points for Stanwood in their 80-56 victory over Lynnwood.

Brad Lackey, Union: Lackey lit it up from the 3-point range by scoring 40 points on 11 threes for the Titans in their 95-62 win over Franklin (CA).

Latrell Jones, Ingraham: Jones scored an impressive 29 points for Ingraham in their 68-62 win over Bishop Blanchet.

Paolo Banchero, O’Dea: Banchero led the way for O’Dea with 24 points in the Irish’s 88-60 win over Rainier Beach.

Jabe Mullins, Mount Si: Mullins netted 28 points to go along with 9 boards and 6 dimes to push Mount Si past Skyline, 60-42.