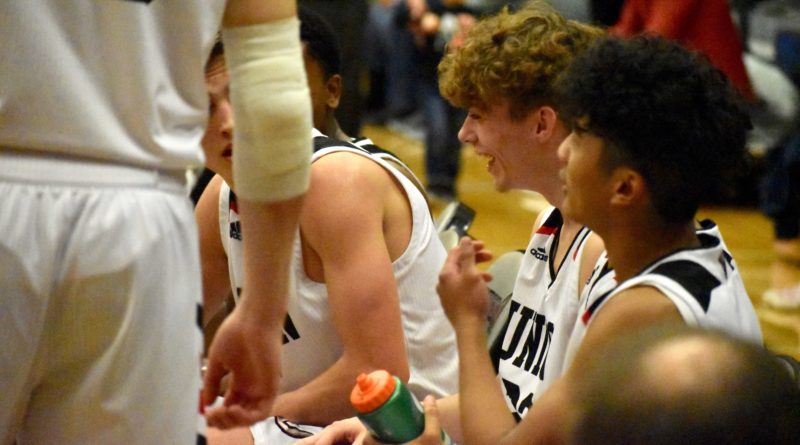 VANCOUVER — Will anyone be able to keep up with Union?

The Titans checked another box on its nonleague tear on Saturday: two-time defending 4A state champion Gonzaga Prep.

Tanner Toolson scored 30 points to lead the undefeated No. 1 Titans to a 77-59 win over the Bullpups at Union High School on Saturday afternoon.

With wins over defending 4A runner-up Mount Si and now two-time defending 4A champ Gonzaga Prep know, the Titans are off to perhaps an even more blistering 11-0 start.

Head coach Blake Conley said it’s important for his players not to get complacent in January.

“We’ve got to be hungry,” Conley said. “We’ve got to be a different team in February than we are now. But I’ve been pleased at how we’ve responded, pleased with the competition we’ve had. We’ve risen to the occasion so far.”

Added junior Brad Lackey: “Not a single one of these guys are complacent right now. We all know we have stuff to improve on. Nobody’s had a perfect game. We have a lot of returners from last year. They know the feeling. They know they can’t do that again.”

TOOLSON HAD THE BETTER DAY IN HEAD-TO-HEAD WITH LLOYD

Liam Lloyd and Tanner Toolson are both among the top players in all of 4A, and  effect the game in similar ways.

Comparable size, can score in a multitude of ways, and are both future Division I basketball players.

And both are off to blistering starts to the season. But on Saturday, it was Toolson that left the more pronounced impression. Several of his 30 points came with Lloyd guarding him.

The two are teammates on the AAU team Washington Supreme, and went at each other for a sizable chunk of the game Saturday.

Gonzaga Prep got Union on the schedule in the first place because it wanted to make the most of a prior commitment to Kelso.

Tommy Lloyd grew up and played for Kelso in the early 1990s, and his parents still live there. When the No. 1 Zags played University of Portland on Thursday, the coach stayed in the area to watch his son play on the court he once graced, with family in the stands.

“It was pretty cool,” Liam Lloyd said, “to have all my family there, my grandparents’ friends and everyone I’ve grown up with. They all got to go tot he game and watch me play in the same gym as my dad did growing up.”

Liam heard about his dad’s Kelso days growing up. Tommy, who went on to play at Walla Walla Community College, was a shooter, and let Liam know as much.

“I think I could shoot it a little better,” Liam said, smirking.