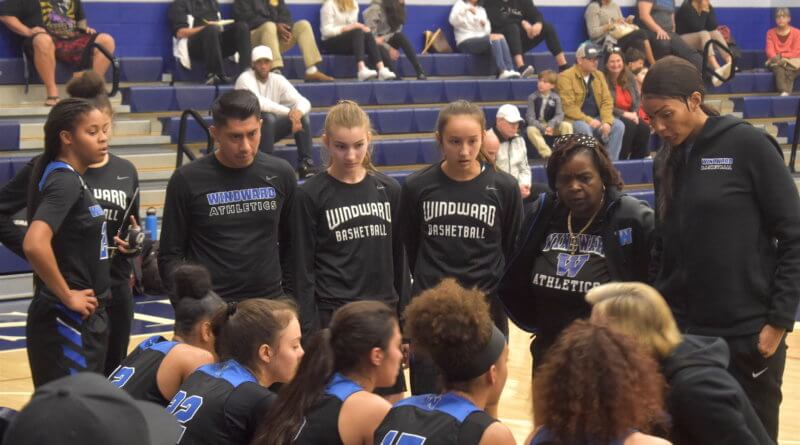 You can do that when you have the likes of Donny Marshall, Michael Dickerson, Pooh Williams, Jalen and Jaden McDaniels and Tari Eason patrolling the courts.

But this is the season the Eagles have become the thinking-man’s squad.

And they are finding ways to navigate through quality opponents, including Saturday in the championship game of the “T-Town Throwdown.”

Federal Way has now started a season 10-0 in four of the past five years.

It was a good week for the Eagles against the best programs Tacoma has to offer.

A week ago, Federal Way defeated Lincoln – the perennial 3A PCL power – 85-79. And on Saturday, the Eagles upended the Rams, who appear to be the city’s top team this season.

Wilson trailed by as many as 16 points in the second half, but held the Eagles without a field goal for the first 4:02 of the fourth quarter – and hit three 3-pointers in the final two minutes to make things interesting.

“To come into a hostile area like this where there’s … a big crowd, and come out with a win is a good start for this team,” Eagles guard Bradley Graham said.

WILSON IS FUELED BY HARD-CHARGING GUARDS IN THE LANE, ESPECIALLY DAMANI GREEN. THE EAGLES WERE WAITING

To say Federal Way completely shut down Rams’ standout Damani Green would be a fib. He had a team-high 19 points.

But considering how often Green charges into the lane, draws contact – and tallies points – the Eagles did a commendable job holding their own.

Federal Way drew four offensive charge fouls on the Rams in the second quarter alone, which fueled the visitors’ run to a double-digit lead.

“Damani is a great guard – I’ve known him since he was a third grader,” Eagles coach Yattah Reed said. “He plays hard all 32 minutes. We know we cannot stop him, so let’s force him to take tough shots.”

“We don’t have the 6-8 (guys in McDaniels and Eason) that used to block the shots. Our ‘blocks’ are charges now. We need that to make up for (a lack of blocked-shot presence).”

WE LIKE WHAT WE SEE OF RAMS JUNIOR JACKSON DORSEY. WE WANT MORE OF IT

Jackson Dorsey has the kind of limitless talent to be a show-stopper for a Wilson team littered with athletes.

He is 6-foot-6. When he jumps, his chin can hit the rim. And his work rate is non-stop.

But Rams coach Mike Cocke and his staff have to be careful with Dorsey, who suffered a serious knee injury last summer in his first week playing AAU basketball with Washington Supreme.

Cocke wasn’t even sure Dorsey would be able to play at all this season, but the teenager was cleared for basketball-related activity a week into tryouts.

On Saturday, Dorsey was tied for second on the team in scoring with 11 points. He had three dunks. Cocke thinks his forward can be the best fastbreak finisher in the area.

“We are trying to get him more involved in the offense. We know what he can do,” Cocke said. “But when you cannot play BKB for seven or eight months, that is a huge for a kid in his development.

“Right now, his timing in different things when he catches the ball and tries to attack, it’s not there yet.”