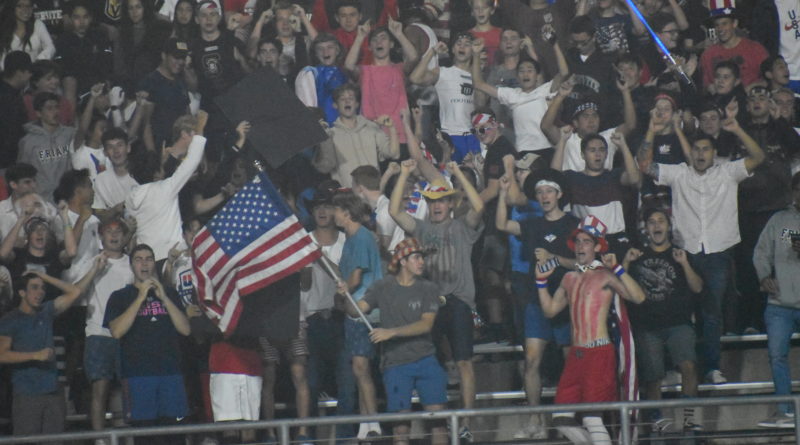 Jayda Noble made sure the Mount Spokane Wildcats didn’t spoil their big lead for nothing.

The University of Washington signee scored nine of her game-high 20 points in the final five minutes, including a pair of free throws with 6.9 seconds to go, and Mount Spokane survived a close-call thriller, 58-55, over Glacier Peak on Thursday afternoon.

Both teams were ranked No. 3 in their respective classifications – Glacier Peak in 4A, and Mount Spokane in 3A.

The Grizzlies erased all of a 19-point deficit to grab a 47-45 lead on Maya Erling’s basket with 6:09 to go – their only lead in this “Top of the Peak” opening-round game.

NOT EVEN OPPOSING-FAN CATCALLS, OR YELLING FROM FUTURE UW TEAMMATES COULD DISTRACT JAYDA NOBLE FROM PULLING OUT THIS VCTORY

There isn’t a lot that gets under Noble’s skin during a basketball game.

It wasn’t the “Happy BIrthday” chants from opposing fans in the fourth quarter when she stepped to the free-throw line, or a lot of animated instruction from players from the University of Washington women’s team who came to cheer her on.

So what finally locked her in for the final minutes, making a crucial 3-pointer and going 6-for-6 from the free throw line?

“Being (angry) over losing a 19-point lead will do it for me, for sure,” Noble said.

WITH ASPYN ADAMS GONE, THE WILDCATS NEED A NEW PRIMARY POINT GUARD TO STEP FORWARD. IT APPEARS THAT PERSON IS KYARA SAYERS

Aspyn Adams was the guiding force behind Mound Spokane’s run to the 3A finals a season ago.

Now that she is gone, Pratt is looking for a steady replacement – and thinks he has one in Kyara Sayers, who transferred from North Central High School right before the school year began.

Sayers doesn’t have your typical point-guard wiggle. She isn’t a juke-you-on-a-crossover type, either. But the 6-1 junior is strong and tall enough to see over an entire defense to make the correct entry passes.

Noble and Emma Main also run some point-guard duties, but right now, Sayers will move forward as the primary ball handler. She had eight of her 11 points during the Wildcats’ quick start in the first quarter.

“We are working on getting her to understand our flow,” Pratt said. “This was her best game.”

With his Glacier Peak team trailing 38-19 at halftime, coach Brian Hill made sure to make a point to his players – even if it was half-jokingly.

It is highly unlikely that would happen, given how disruptive his team can be on defense.

Simply put, the Grizzlies like to create chaos – and did just that for the first 10 minutes of the second half to wipe out the entire deficit.

But they have three leading agitators – point guard Aaliyah Collins, a preseason all-state candidate who arguably has the fastest hands around; off guard Shaylin Sande, the team’s best on-ball defender (who guarded Noble); and Erling, who might be the team’s most complete player on both ends.

“They are annoying, aren’t they?” Hill said with a grin.

“That is what they are trying to do. Jayda is going to UW, and Shay (defended) her … as well as anybody will all year. Aaliyah plays so fast. And Maya is kind of bully.

“I like when we turn it up, because it takes teams out of their defensive flow.”