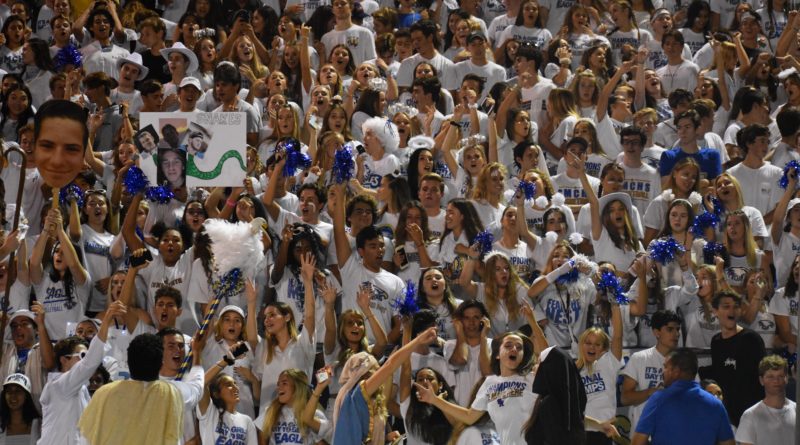 The bad news about the No. 2 Federal Way boys? They no longer have the luxury of relying on the super-duper tandem of Jaden McDaniels (gone to University of Washington) and Tari Eason (gone to Garfield High School).

The good news? The jigsaw puzzle is a little bigger this season, and that might not be a bad thing.

This Federal Way group plays more guys, and can field more lineup combinations – with a blend of senior-heavy leadership and a few talented ninth grader.

So far, so good – the Eagles remained undefeated Thursday morning with a 78-33 victory over Franklin Pierce in the opening round of the “T-Town Throwdown” holiday tournament at Wilson High School.

Bradley Graham led Federal Way with 17 points. Jared Franklin added 16, and Peter Erickson chipped in with 12 in a balanced effort.

FEDERAL WAY’S ROTATION IS SO EXTENDED, EVEN THE END OF THE BENCH IS ENGAGED

Second-year coach Yattah Reed has been around this program long enough to know this season is something unique.

He is utilizing a larger rotation of players – up to 11 guys in a game.

“We usually go eight (players) deep in the past,” Reed said. “This year, I have been playing 10 or 11 guys. It has burned me a couple times, but it is a learning experience.”

Four guys in their projected starting five, on most nights, are: Jaylen Williams at point guard, Bradley Graham at off guard, Peter Erickson at wing and Jared Franklin in the pivot.

Then, Reed plays Marcus Cole, Jaden Call and Lamar Johnson, all seniors, plenty of minutes. And then he has three talented ninth graders to work into the rotation.

BRADLEY GRAHAM IS MORE THAN JUST A 3-POINT SHOOTER. HE IS A SNIPER

Reed completely understands how Graham could be labeled a one-trick pony – a 3-point shooter – last season.

Without those guys around, it is easy to see Graham has plenty more to his game.

With Williams limited by an ankle injury, Graham played more of a distributor role, especially in transition.

And in Federal Way’s extended pressure, the 6-foot guard played the rover role in the middle, looking for steals – and easy buckets the other way.

“I am definitely proud of him and how he has improved from his junior year to his senior year,” Reed said.

AS FOR THOSE FEDERAL WAY NINTH GRADERS, THEY ARE THE FUTURE BUILDING BLOCKS

Of the Eagles’ eight seniors, six of them played (or have played) meaningful minutes so far this season.

Cole is a junior, and will likely be the regular point guard next season.

All of them have basketball in their lineage: Afework’s brother, Malachi, was the all-2A SPSL point guard at Fife the past few seasons; Jackson’s cousin in McDaniels; and Pleasant’s father, Andre, was a former standout at Decatur High School in the 1990s.

“They are young. They want to be in the game, but they have to understand the system,” Reed said.

“If you can play, and show me at practice, I will play you (in games).”