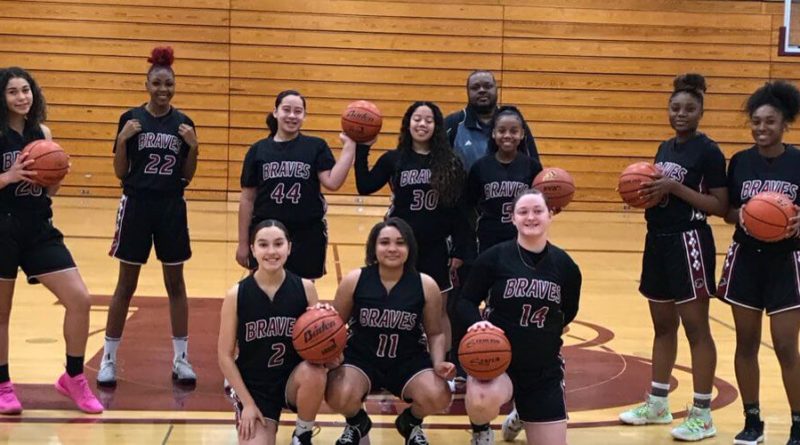 Last season, the Bethel High School girls basketball team had a slow start, a late-season surge – and an unexpected fall in the Class 3A state tournament in the Tacoma Dome.

The No. 2 Braves are in a different place.

And on Thursday, they kept their unbeaten record intact with an 80-17 victory over Clover Park in the first round of the “T-Town Throwdown” holiday tournament at Wilson High School.

Esmeralda Morales led all scorers with 21 points for Bethel, which sank its first seven field goal attempts, and broke out to a 19-2 lead in the first 3:02 of the game.

At last season’s “T-Town Throwdown,” Bethel lost two of three games to fall to 6-3 after the first month.

Offensively, the Braves were a mess without Morales, their quick-paced point guard who was out with a serious ankle injury.

She returned in January to lead Bethel to the 3A PCL title, then to a West Central/Southwest District crown after upending eventual state champion Prairie in the district semifinals – and Peninsula in the finals.

This season, Morales – a preseason 3A all-state second team selection – is a full year removed from that injury – and looks like a different player. In addition to her game-high 21 points Thursday, she added eight assists in just more than a half of action.

“I feel way better … because I have been working on my body,” Morales said. “I am stronger. I am quicker. I don’t think about my ankle anymore.”

Senior Tiarra Brown is the Braves’ do-everything forward, and Morales is the engine that powers the team’s up-tempo attack.

But they have a third versatile performer in newcomer Alyssa Smith, an aggressive 5-foot-9 forward who can play in the low post and also near the 3-point line.

Smith was averaging 14.0 points per game heading into the game Thursday. She scored 10 against Clover Park.

“I really didn’t know anything about her until she came to summer league games,” Bethel coach Tim Brown said. “Once I saw her play … man, she hustles on both ends of the court, all game long. She is cross country star, so she just goes, and does not get tired.”

Morales is the undisputed distributor for this squad, but if an opponent comes in with a game plan to take her away, the Braves can go to Plan ‘B’ at point guard – Brown.

“We have a three-headed monster,” Tim Brown said. “Most of our players can move to different positions, but (Esmeralda), Tiarra and Alyssa can all play the 1-3 (positions).”