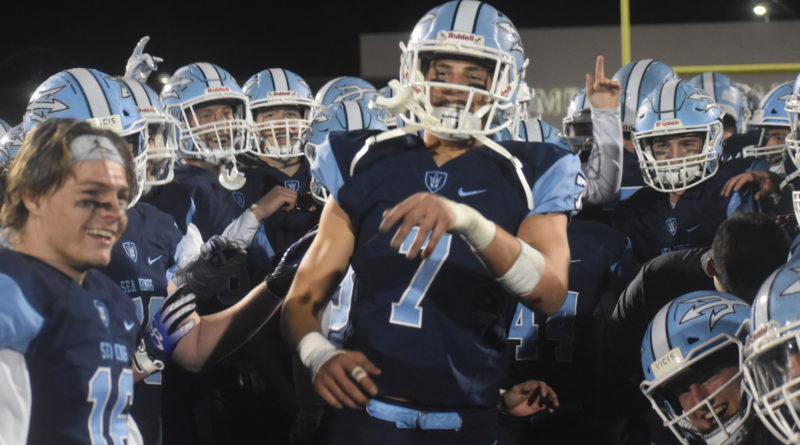 For the Wilson High School Rams, this was long overdue.

They finally ended their longest drought against their top 3A PCL boys basketball rival – the Lincoln Abes.

Dating back to 2016, No. 6 Wilson snapped a nine-game losing streak to the Abes with a 64-56 victory Friday night in the Rams’ gymnasium.

Emani Mitchell scored 10 of his team-high 16 points in the fourth quarter, including six free throws in the final 31.1 seconds. Cayden McDaniel added 13 points off the bench, and Jackson Dorsey and Dominique Ellison chipped in with 10 apiece.

EMANI MITCHELL IS SMOOTH JAZZ, AND DAMANI GREEN IS LOUD BASS. TOGETHER, THE BACKCOURT MUSIC WORKS

Mitchell and Green, both combo-guard seniors, have been playing together since the third grade.

And for playmakers, they don’t seem to tussle over who carries the scoring load.

“We’re just smart about it, and have a good idea,” Mitchell said.

Green is the powerful break-your-ankles slasher who can fill it up quickly. He did most of his damage Friday in the first half.

Mitchell is effortless with a sweet fallaway jumper. He came up big in the fourth quarter, going 6-for-6 from the free throw line in the final 31.1 seconds.

AND YET IN FEBRUARY, THE WILSON GUARD WE MIGHT BE TALKING ABOUT THE MOST IS A NINTH GRADER

Folks, the next up-and-coming sheriff in town in a husky 6-foot-2 ninth grader – Cayden McDaniel.

Right now for the Rams, he comes off the bench. But he can play both guard positions, and right now shows the best court awareness of anybody on the team.

McDaniel had half the team’s points in an 8-0 run to open the fourth quarter, giving Wilson a 50-39 lead.

“It’ his poise and his feel,” Cocke said. “He kind of gets where he wants on the floor, and you can’t really speed him up. He does a really good job at playing at his own pace.”

56 POINTS? IT IS OBVIOUS JULIEN SIMON AND COMPANY ARE STILL FINDING THEIR SEA LEGS FOR THE ABES

For two fast-moving city rivals, this was one of the lower-scoring games between the two schools.

The last time Lincoln scored fewer points than its output Friday night in this rivalry game was 2015 (55-53 loss).

In the second half, the Abes went 4 1/2 minutes in the third quarter without scoring – and nearly went another four minutes to open the fourth quarter doing the same thing.

A few of the players, notably Simon and Jaylen Clark, arrived late to the basketball team after being part of the school’s run to the Class 3A state semifinals in football.

“Obviously for Lincoln, the football thing is big,” Cocke said. “Lincoln will be fine – it is Lincoln. They have football players out there not totally in sync yet, but I imagine that will get better.”