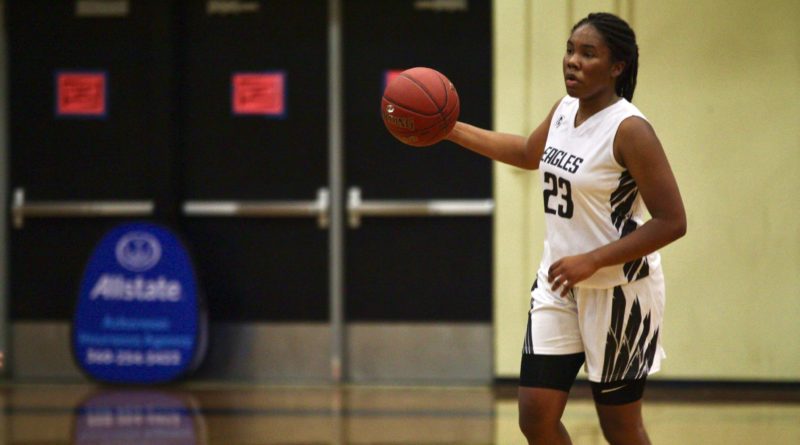 Aniyah Hampton is a sophomore guard at Hudson’s Bay High School in Vancouver. As a freshman, she led the Eagles to the 3A state regional round, the program’s best finish since 2007. Bay is 5-2 this season.

Something I think we can all agree on is you don’t realize how much you miss something until it’s gone.

In one of my previous journal entries, I talked about how I tore my Achilles tendon in April, which has been the hardest challenge in my athletic career that I’ve ever had to face. Not being able to play with my team as the season gets going is so hard, especially knowing that you can contribute but physical can’t play.

Last March during a practice for my club team I was running lines, and went to turn and touch the line and the back of my heel got stepped on. When I couldn’t immediately walk or stand, I knew something was wrong, but I didn’t hear a pop or feel a tear.

READ | Aniyah Hampton: How I helped make history on the hardwood at Hudson’s Bay

Right after practice I was diagnosed with a strained Achilles that would sideline me for 3 to 4 weeks. As I began physical therapy, and was still working out but making no progress. I then went to go get a second opinion and they told me my Achilles was torn. As you can imagine, that drastically changed my recovery time to 4-8 months.

Recovering from any major injury is much a mental challenge as it is physical. Some people never recover from it mentally, having recurring thoughts in the back of their head if they will ever be the same.

I was thinking those things. Will I ever be as fast? Or jump as high? Will I injure it again? Those are all things that you think about, and have to reassure yourself that you’ll be back not the same but better than before.

After the injury, I couldn’t walk for two and a half months so getting not just my Achilles strong enough but the rest of my leg back to normal strength so that it’s the same as my left leg.

Right now I’m itching to get back on the court, and to help my team win our league and be one of the top teams in the state — both attainable. Right now we are fighting through injuries with me and another one of starters and leaders in the team being out too. It’s been a bit of a tough preseason but we will definitely turn it around for league with both of us coming back sometime in January.

It’s all a blessing just to be able to play the game you love because there are some people who don’t have the chance.

One thing I can assure you is that I will never take another workout practice or game for granted.