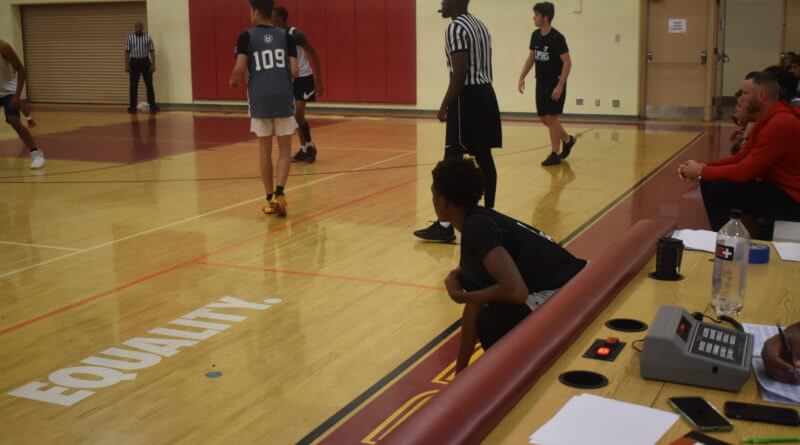 Nobody would have blamed him. Fuaga, a 6-foot–5, 320-pound offensive lineman, is the first Mount Tahoma High School football player to sign with a Pac 12 Conference program since wide receiver Geno Munoz in 2008.

Before that? You have to start reciting the names “Vindivich” and “Goldsmith” from nearly three decades ago.

He got up Wednesday morning at his house to join his family in the living room (wearing no shirt and just boxer shorts) to sign his letter of intent with Oregon State University.

“The hype and all that, it’s not really me,” the soft-spoken Fuaga said. “I mean, it would be cool. But if it didn’t happen, it doesn’t really matter. It means more what I am doing for me and my family.”

It is conceivable you might have never heard of Fuaga in the recruiting-hype circles. His Mount Tahoma teams were never contending for 3A PCL titles, or participating in the playoffs.

In fact, in his final three seasons, the Thunderbirds won just two games.

And yet, Fuaga stuck it out, playing in the same program as his two older brothers, Alapati and Manuia.

“All these other kids from other schools kept telling me, ‘You have to come here to go to the playoffs, or to win state,'” Fuaga said. “At Mount Tahoma, I wanted to be part of a rebuild. That is why Oregon State is a really good school – it is rebuilding. It is a program coming up.”

It is also the first FBS school to ever actively recruit Fuaga – and that stuck with him, even after Oregon and USC made a late push with scholarship offers.

Thunderbirds coach Leon Hatch was in his first stint as the coach back in 2008 when Munoz signed with the Beavers – and think they are getting that same high-level player in Fuaga.

“He is a hard worker. He is a leader. And he stayed loyal here to his school,” Hatch said. “It just shows his ability to buy into a program.

“In terms of an athlete, I don’t think they know what they are really getting with the physical tools. … He is flexible. He is strong, top and bottom. And he can move. He is just so long.”