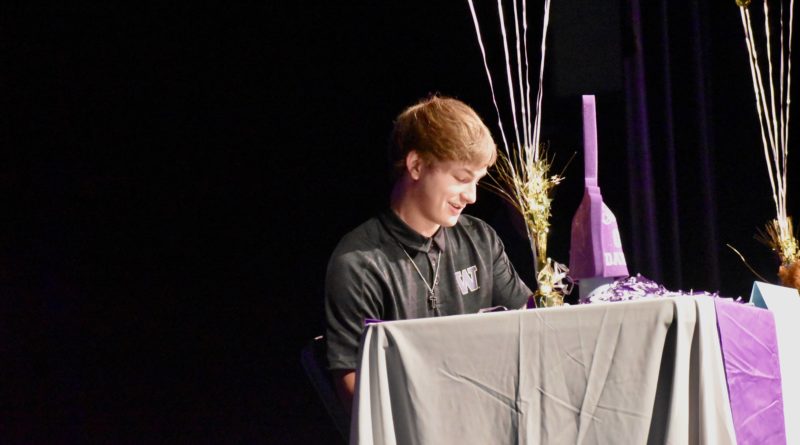 HOCKINSON — Sawyer Racanelli sat in front of friends, family, coaches, teammates and media members on Wednesday morning to make it official: He’ll be a Washington Husky.

Racanelli, a wide receiver and former 2A state player of the year who missed his senior season with a torn ACL, officially put pen to paper on his pledge to the school he verbally committed to in May. His signing also came weeks after head coach Chris Peterson announced he’d be stepping down after six seasons, and defensive coordinator Jimmy Lake would take over.

Watch Racanelli break down his signing: