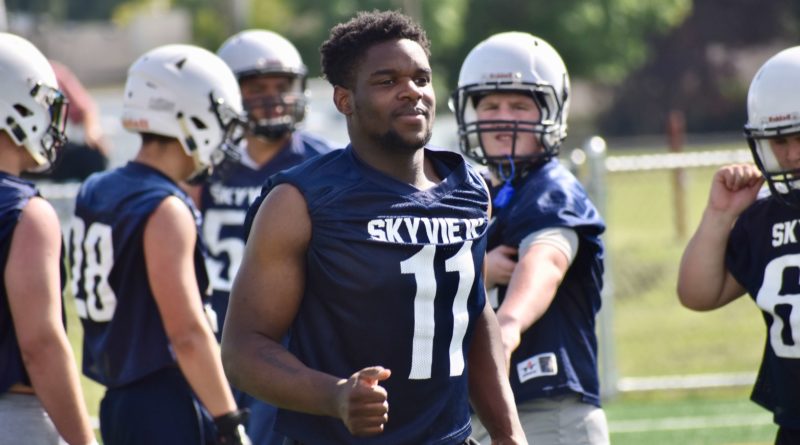 Skyview running back Jalynnee McGee announced his commitment to Portland State on Sunday, giving his pledge to the first program to offer him.

McGee battled back from a foot injury that ended his junior season to play his senior year, and was named offensive player of the year in the 4A Greater St. Helens League.

Though it lingered early on, he had his crowning moment in the Week 10 regional round, running for 219 yards and six touchdowns in a 49-0 win over Federal Way. Skyview lost in the first round of the 4A state playoffs to Woodinville.

Portland State coach Bruce Barnum was on the sidelines for Skyview’s Week 8 loss to Camas, which decided the 4A GSHL title.

It’s the second year Barnum has plucked the most productive senior running back out of the Vancouver area. Union’s Jojo Siofele, an all-state selection and instrumental piece to the Titans’ 2019 4A title run, also was offered and committed shortly after his senior season.

McGee wasn’t the only Washington standout to announce his commitment to the Vikings Sunday. Eastside Catholic lineman D’Angalo Titialii also made his verbal pledge.