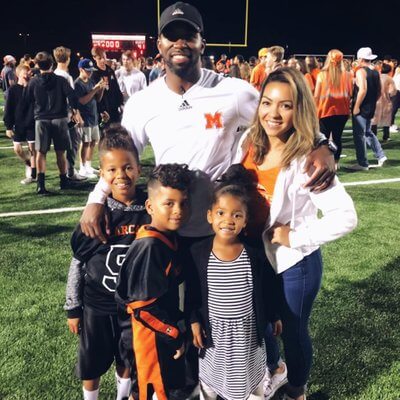 “In the end every goal wasn’t met, but a winning culture was formed,” Bumpus wrote. “The foundation for this great program has been set for years to come …”

Bumpus, a former standout football player at Washington State University who went on to play for the Seattle Seahawks, was 36-22 in five seasons at the helm and led the program to its first 4A state playoff victory in 2017.

“On behalf of MHS Athletics, Monroe High School and the Monroe School District, I want to thank Coach Bumpus for his commitment to our student athletes and greater football community,” Monroe athletic director Jeannette Siemers said. “The growing success of our football team over the past few years under his tenure are noticeable and exciting. His level of expertise, knowledge and experience will be missed. He has paved the way for the future success of our football program and we wish him the best of luck as he pursues other interests.”

The school will begin the hiring process for a replacement at the start of the new year, Siemers added.

Bumpus was previously an offensive coordinator at Snohomish and an assistant at Redmond. Outside of coaching, he owns a training facility in Monroe and works as an analyst for ROOT Sports and ESPN 710.

Among the chorus of well-wishes on social media was Eastern Washington commit Efton Chism III.

“Words can’t describe how grateful I am to have played for and have learned from Coach Bump, one of the greatest to ever do it, love you Coach,” Chism III wrote. Many of the team’s 25 seniors began working with Bumpus before high school.

At Washington State, Bumpus set a school record for receptions (195) and had 2,022 career receiving yards and eight touchdowns. He was drafted by the Seahawks in 2008 and caught a touchdown pass his first year, before being waived in 2009.