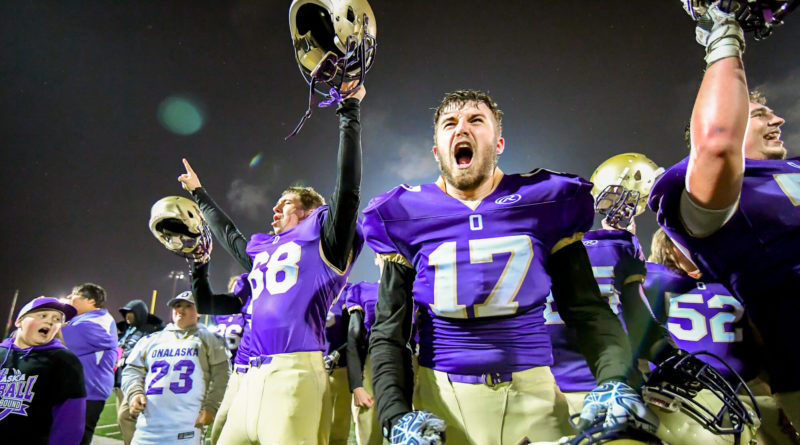 Ashton Haight rushed for 197 yards and two touchdowns to lead the Onalaska Loggers to a 48-30 win over Kalama in the WIAA 2B football state championship on Saturday at Harry E. Lang Stadium.

The Loggers, who were making their first state title game appearance since 1986, ran the triple-option to near perfection, gashing the Chinooks for big scoring plays, including touchdown runs of 32 and 46 yards by Cade Lawrence.

Onalaska (14-0) was dominant in the state playoffs, outscoring its four opponents 202-50.

Kalama (10-3) was led by quarterback Jackson Esary, who threw for 257 yards and three TDs. He also returned a kickoff 89 yards for a touchdown.

(All photos by Tom Jones)