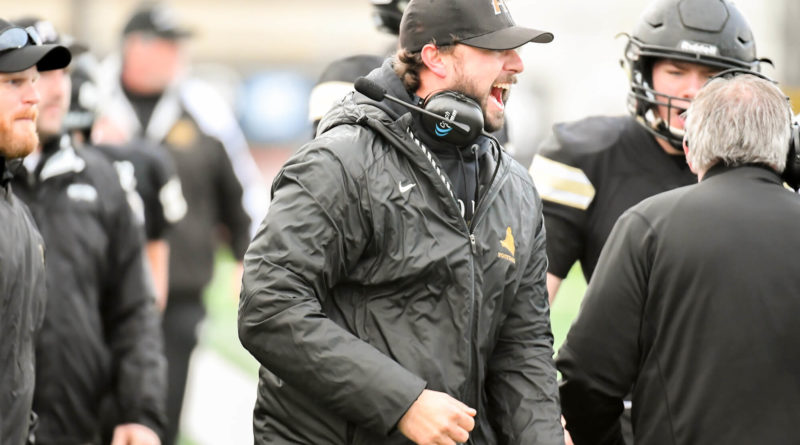 Royal capped off another remarkable season with its fourth football state championship in five years, but it wasn’t easy.

Aldo Farias hauled in the game-winning 74-yard touchdown pass from Royal quarterback Cooper Christensen with 2:55 left in the game to give the Knights a 26-22 victory over Lynden Christian in the WIAA 1A football state championship Saturday at Harry E. Lang Stadium.

Royal held a 19-7 lead early in the fourth quarter, but saw it evaporate on a big play from Lynden Christian — a 79-yard TD pass from Trajan Schouten to Jackson Corkill — and a turnover deep in their own territory that resulted in another Lyncs’ TD.

Suddenly facing a 22-19 deficit with just over three minutes left, Christensen and the Knights needed just one play to re-take the lead on the TD bomb to Farias.

The Knights finished the season 14-0, while Lynden Christian finished 11-2.

(All photos by Tom Jones)