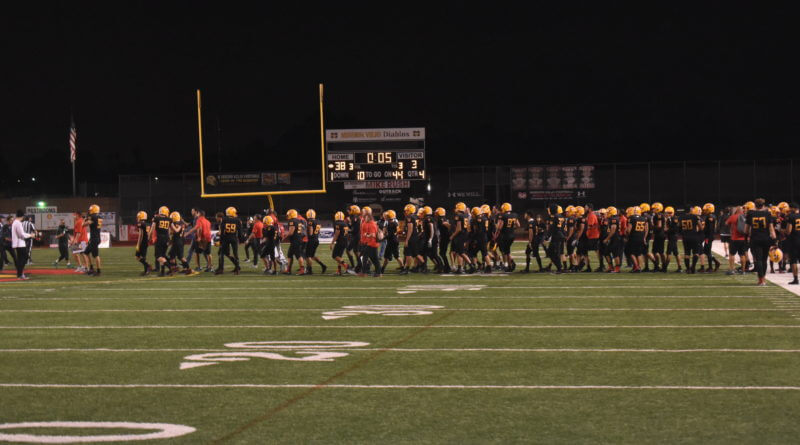 Over the offseason, Tumwater High School football coach Bill Beattie knew he’d have to play the role of lion tamer.

Beattie had to keep his best skill-position player – running back Dylan Paine – caged up from all football-related activity coming off a serious knee injury.

Paine has had no setbacks, and produced healthy rushing totals – 1,500 yards on 188 carries, scoring 25 touchdowns.

And the undefeated and top-ranked Thunderbirds are back in the Class 2A championship game. They will play Steilacoom on Saturday afternoon at Sparks Stadium in Puyallup.

“Coming off that injury was hard,” Paine said. “But I have gotten stronger throughout the season. I am a full go.”

Which is what Beattie envisioned when this whole process started.

After totaling nearly 1,700 yards as a sophomore, Paine was on pace to become Tumwater’s all-time leading rusher.

But in the fifth game last season, Paine took a carry on Rochester’s grass field, planted in a hole, twisted his knee and immediately went down writhing in pain with a non-contact injury – a torn anterior cruciate ligament (ACL) in his knee.

Months after the surgery, Paine returned to Tumwater’s spring practices, primarily as a spectator.

Beattie had been through this drill before with other players coming off serious injures. Heck, he had even suffered a devastating knee injury himself.

“Sometimes a kid’s competitive drive is so strong,” Beattie said, “it takes over for healthy thinking.”

As much as Paine wanted to participate in spring drills, offseason scrimmages (including two against Steilacoom) and passing camps, he had to think about more important things down the line.

“I had to tell myself to focus on the long term, not the short term. I wanted to be out there and compete, but it was not worth it,” Paine said. “I had to stick to the book – do my physical therapy, and not slack off anything or make stupid decisions.”

“He was hungry,” Thunderbirds outside linebacker Gaven Murphy said. “He wanted to be out there and get hit – and do some hitting.”

In Tumwater’s season opener against Timberline, Beattie gave Paine just enough work to get re-acclimated with taking a few hits. He had 12 carries for 51 yards in the team’s 58-0 win.

The next week, you could say the lion was unleashed.

Against Yelm, Paine had 26 carries for 166 yards and five touchdowns in the Thunderbirds’ 54-27 victory.

In retrospect, Beattie admits that was probably too much work that soon. But he also wanted Paine to “re-establish a confidence” in the knee itself.

Over the course of the season, Beattie has been careful monitoring Paine’s workload. The senior was never going to run the football as often as he did as a sophomore. The trade-off, however, was allowing him to play defense for the first time in three seasons as a nickel back.

“For sure, the trade-off was good,” Paine said. “Defense isn’t so much hard on my body. Plus, we have a lot of guys who can carry the ball.”

Paine has been, by a wide margin, the Thunderbirds’ primary ball-carrier. But four teammates have had 30 or more carries – and 21 players overall have had rushing attempts in Tumwater’s Wing-T offense.

And in last week’s 55-7 victory over two-time defending state champion Hockinson, Paine rushed for 188 yards and two touchdowns. Beattie said it was the best his running back looked all season.

“I can’t wait for (Saturday),” Paine said. “I am ready to give it my all, and finish this off the right way.”