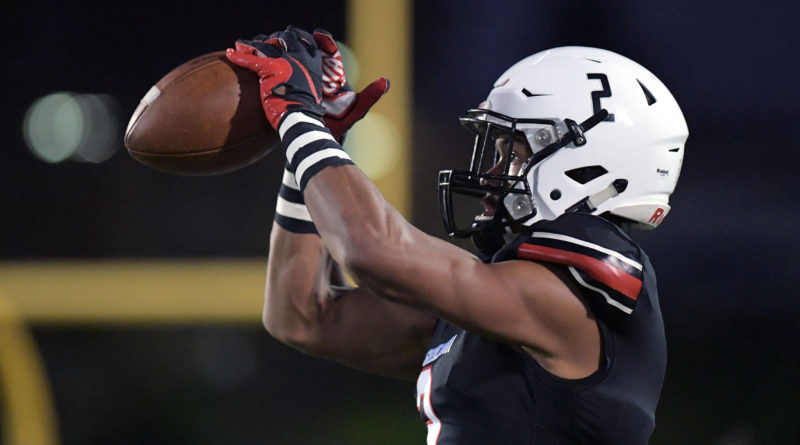 Becoming the first Steilacoom team ever to reach the state semifinals, it was pretty surreal. I guess I did not realize all of that until the clock had gone down to zero (in a 48-15 win over Prosser). Just looking around, and seeing all my friends that I’ve known since growing up, hugging everyone, and just to see coach (Colby) Davies get that bucket of cold water poured on him, it was pretty fun.

I did not get to the stands until after we were done with our team talk, but once everyone was down on the field after the game, I was able to hug my parents and celebrate the moment with them.

I had heard it referred to as, “The Curse,” like in the paper and stuff, but I haven’t called it that. Whatever it was, it feels good to have that lifted.

On Saturday morning, the day after, I went to the Tumwater-(Archbishop Murphy) game and was able to see them. It was definitely a business trip. I am always looking toward the next goal, and I want to win state. Everyone on this team does. There were a number of my teammates there. You are just trying to get prepared knowing there is a good chance of facing them. We were seeing what kind of team they are.

The rest of the weekend, I was able to relax. I don’t specifically eat a certain way, but I definitely do drink a lot of water. Playing deep into the season – it is Week 12 – it definitely takes a toll on your body. I will take an ice bath, and then the day before the game, I will take another one. I also take an Epsom salt bath to kind of roll out my muscles and get as prepared I can before the next game.

We are facing Lynden. This is an exciting feeling. We’ve wanted them again since Week 3 (a 56-47 loss to the Lions). They are a good team every year. They don’t shoot themselves in the foot. And they have a winning culture. It is going to be fun playing them knowing we’re going to have to play four full quarters of football.

All losses resonate with me, but I don’t have a sense of revenge – that is not in the Bible. It is more about proving to ourselves that we are the better team.

I will say the earlier loss definitely takes care of any possible complacency. But I feel regardless of who we play, our mindset is in the right place. We all want that next level of achievement. We are all really focused.

This week, we practice on Thanksgiving. I’ve never done that before, so it is a really good feeling. We’ve got an early-morning practice, and then our coaches said they have a little surprise for us on a breakfast-type meal. The rest of the day, I am going to spend with my family in DuPont.