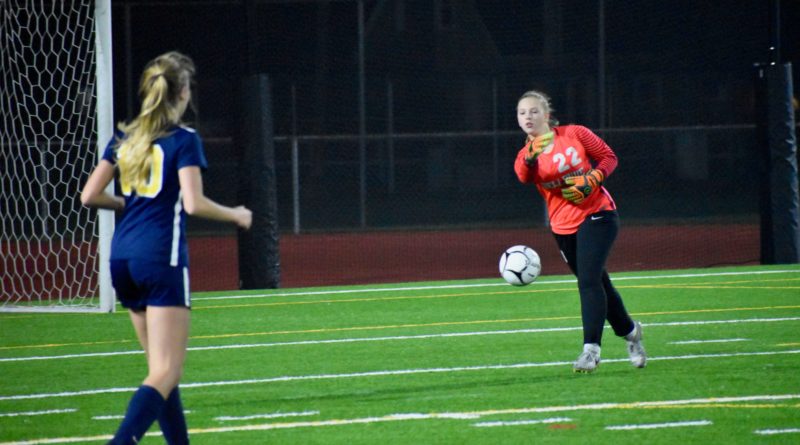 PUYALLUP — Lakeside had only allowed four goals all season entering the 3A state semifinals, so it shouldn’t come as a shock that Bellevue figured out a way to beat the Lions without scoring.

Especially after three players went down with injuries in the first half, and the Wolverines went into defensive stand mode.

Bellevue beat previously undefeated Lakeside in penalty kicks on Friday night at Sparks Stadium to advance to the 3A state championship game, which after a mid-game adjustment, the Wolverines say was all according to plan.

“After we started to lose personnel, we were just happy to hold on,” Wolverines coach Peter Cochran said. “It became the plan midway through the second half that we needed to shut the game down and take our chances with a PK shootout.”

Once the second overtime period finished with the game still scoreless, sophomore goalkeeper Ashley Heinz saved three penalty shots in the team’s third penalty kick victory of the season with her in the net.

Heinz said it helped her confidence having had the experience of the previous two penalty shootouts.

Lakeside’s cohesive attack built momentum and consistently pressured the Bellevue defense throughout the second half.

The Lions put together several chances on goal in the final minutes of regulation, and its attack, led by Amaya Simoni-Walker and Kara Ovenell, at times appeared to be knocking on the door for a goal.

But the Wolverines’ defense held firm.

“We would absolutely not be going to the final if it weren’t for Ashley Heinz, our sophomore goalkeeper,” Cochran said.

Bellevue faces Lake Washington Saturday at 2 p.m. at Sparks Stadium for the 3A title.