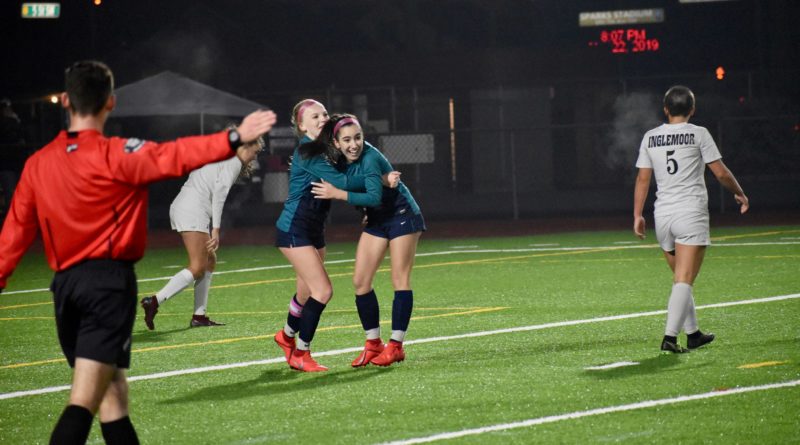 PUYALLUP — Auburn Riverside’s season of firsts will live to see another day.

Grace Anderson guided in the insurance goal in the 78th minute to help the Ravens past Inglemoor in the 4A girls soccer state semifinals on Friday night at Sparks Stadium, sending Auburn Riverside to a program-first state championship.

The team’s celebrations after the late goal, then the final whistle, showed just how much it the moment means to the team.

“I’m not in shock but this is exciting, because this is the furthest Riverside has gone,” Anderson said.

Anderson’s goal was a one-touch tap-in after sophomore forward Kiana Gutierrez made two defenders miss and serviced a cross right to her feet.

“It was just a perfectly placed ball by Kiana … perfect height and everything,” Anderson said.

And the goal put the cap on a physical game that the Ravens led for the most part.

Auburn Riverside’s first goal came in the 29th minute from a volley by junior Emma Lane that sent the ball into the upper left corner with pace.

The Ravens take on the winner of Gonzaga Prep and Puyallup on Saturday at 4 p.m. at Sparks Stadium.