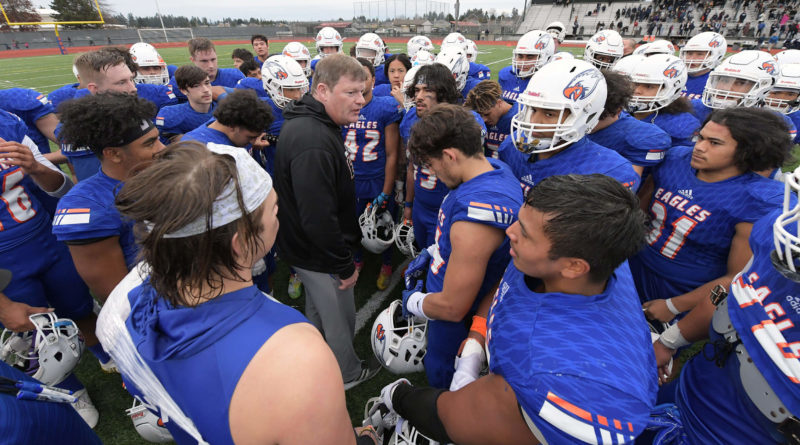 What to watch: After rumbling through the regular season, the Vikings survived a first-round battle against defending champion Union. A blip? If QB Tanner Jellison (2,737 passing yards, 37 TDs), RB Dallas Landeros (1,553 rushing yards 25 TDs) and 1,000-yard WR Kasen Kinchen can hit a high gear early, this could be the toughest sledding yet for the Wildcats, who will need another big day from QB Clay Millen (2,709 passing yards, 30 TDs, 0 INT) to keep up.

What to watch for: Football fans in Vancouver should be seeing the purple-and-gold showing up in town. Last year, Puyallup lost two tight games to eventual 4A champion Union. The Papermakers might be the most complete team still playing, but need QB Blake Ascuitto (768 passing yards, seven TDs) to continue to play mistake-free in place of Jake Blair. Puyallup QB Luke Holcomb (2,374 passing yards, 19 TDs) gets better with each passing week.

What to watch for: For whatever reason, Cougars coach Tom Bainter has had coaching counterpart Eric Kurle’s number in the state playoffs, beating him both times (2003, 2013). The Eagles will test the middle of Bothell’s defense with a power rushing attack that averaged 264.6 yards per game, led by RBs Shabro Johnson and Michael Kelley Jr. Cougars star RB Christian Galvan (ankle) did return to spot duty last week against Kentwood.

What to watch for: If matchups make the game, this could be a classic. QB Sam Huard (3,747 passing yards, 53 TDs, 10 INTs) and his receiving corps has torched opposing secondaries all season, but this is a different animal. Woodinville’s pass defense is the best in 4A (and possibly the state) with 17 interceptions and giving up just four passing scores all year. RB Joey Johnson (1,470 rushing yards, 13 TDs) leads balanced Falcons offense.