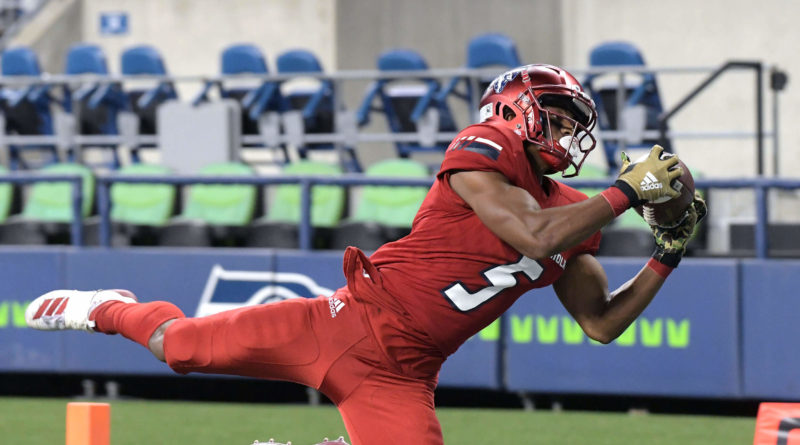 Here’s a game-by-game breakdown of this weekend’s 2019 WIAA Class 4A football round of 16 matchups.

What to watch for: Somehow, QB Clay Millen has survived a barrage of pressure to lead the No. 3 seed from the KingCo back to the state playoffs, but Chiawana’s defense, which picked off Mead standout Ryan Blair five times last week, is a whole different riddle to solve.

What to watch for: There’s a whole lot of payback in this rematch of last year’s state championship game. The Vikings were embarrassed by that 52-20 drubbing – and now are furious after being awarded a No. 3 seed in this bracket after being the consensus top team in the state all season.

What to watch for: In all honesty, if the seeds were reversed, nobody would be surprised because these two teams should be evenly-matched. Great cat-and-mouse matchup between Tecmo Bowl-quick Wolves QB Grady Robison and tackling-matching Vikings LB Danny Uluilakepa on tap.

What to watch for: Usually when two league champions face off in any juncture of the postseason, you’d expect it to be a pretty competitive game. Not here. Camas, the 4A champion in 2016, is too big, physical and motivated to be interrupted by the two-time CBBN champions.

What to watch for: Talent- and tradition-wise, these two programs are similar blue bloods. And this game could be decided by big-play production. You won’t find a better collection of big, speedy receivers than Kentwood’s Jaelin Green and Alphonse Oywak, and Bothell’s Jordyn Turner.

What to watch for: As well as the Eagles have played against physical teams, facing Gonzaga Prep’s triple-option attack on short notice will be a challenge (closest thing in 4A SPSL is facing Sumner). On flip side, how will up-and-down Bullpups defense contain QB Nathan Thomas and the crew?

What to watch for: These two teams played in the first round a year ago – a 34-21 Falcons’ victory. Can the Storm flip the script? RB Jalynnee McGee (224 rushing yards, six TDs last week against Federal Way) gives Skyview the best chance at attacking stout Woodinville defensive front.

What to watch for: It is this new-era group’s first state playoff game, so expect the Kennedy Catholic offense to put the pedal to the metal behind QB Sam Huard (3,479 passing yards, 49 TDs). Panthers dropped final two games of regular season before surviving Saturday tiebreaker to earn last spot.